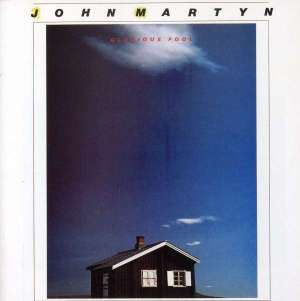 Putting together my top 15 album list recently had an interesting knock-on effect: I actually spent some time listening to my choices.

Glorious Fool was possibly the one that surprised and pleased me the most (I listened to it on the original WEA cassette which sounds miles better than the CD master for some reason).

The general critical consensus is that John Martyn lost his way in the ‘80s, donning the suit, ditching the acoustic guitar and burying his music in synths, soft saxophones and stodgy productions.

But it’s an overly simplistic view. I would put Glorious Fool and the previous Grace And Danger (not forgetting 1990’s The Apprentice) right up there with any of his fabled ‘70s stuff.

Certainly his compositions were more musically demanding, but John’s lyrics were still pithy and his chords as dark and rich as ever. It’s just that often he was concentrating on his singing a lot more in this period – no bad thing – and so often delegated the main harmonic accompaniment to a keyboard rather than his guitar. 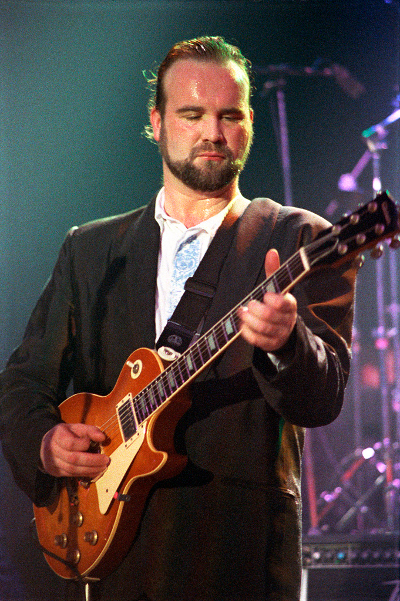 The ‘80s started fairly unpromisingly for John. He was still in turmoil over the breakup with wife Beverley, and the release of his classic Grace And Danger album had been delayed for 18 months, Island Records label boss Chris Blackwell believing it to be terminally uncommercial.

It was finally released in June 1980 to excellent reviews and reasonable sales but it was the straw that broke the camel’s back as far as John’s relationship with Island was concerned.

Martyn’s mucker and partner-in-heartbreak Phil Collins also returned on drums and production. John said at the time, ‘I wasn’t married. I thought: let’s go for it, let’s make some money and make a band.’

In June 1981, they all convened at the Townhouse Studios on the Goldhawk Road, Shepherd’s Bush, West London, to commence work on Glorious Fool.

During the recording, John was living in the small apartment above the studio, and would apparently often undertake vocal duties in the wee hours of the morning, slightly the worse for wear and clad only in his dressing gown.

It’s clear that John’s failed marriage is still very much the emotional currency of his songwriting. ‘Pascanel (Get Back Home)’, ‘Hearts And Keys’ and ‘Please Fall In Love With Me’ are crushingly candid in their evocation of the contrasting emotions spawned by a relationship breakdown, everything from pure love and raw lust to rage, despair, envy, pleading and desolation.

The furious ‘Never Say Never’ kicks off with Martyn screaming ‘Shuddup! Close your mouth!’ over Collins’ trademark tom fills. Brilliant. ‘Perfect Hustler’ and ‘Didn’t Do That’ are more comic evocations of lost love, the former featuring Martyn sarcastically taunting his paramour about her suave, Latin-dancing boyfriend, and wondering if he has ‘gold teeth in’!

By contrast, ‘Hold On My Heart’ is an unashamedly soft, romantic love song, the nearest the album comes to an early ’80s Collins or Genesis ballad.

The title track takes a satirical look at the then-newly-elected president Ronald Reagan while ‘Amsterdam’ is a harrowing portrait of a close friend’s funeral in the Dutch capital (after an unrequited obsession with a local prostitute). It features a nasty, brutal groove, sort of John’s version of post-punk, and the haunting refrain: ‘The night the kid left Amsterdam…’ It’s the ‘80s flipside to ‘Solid Air’.

The album ends with the desolate ‘Don’t You Go’, a heartbreaking anti-war folk ballad with John’s moving vocal accompanied only by Collins’ piano and ghostly vocoder.

Another reason for Glorious Fool’s success is the sheer quality of the musicianship. The band can turn on a dime, and Collins has never played better, coming up with three or four classic beats and demonstrating a perfect understanding of what each song requires.

The album was a reasonable success, hitting #25 on the UK charts and staying in the top 100 for seven weeks, and the critics were generally onside. It also made for a very interesting companion piece to Collins’ Face Value, released six months before. You don’t need me to tell you which record sold more copies, but I doubt John lost much sleep over it.

For much more about Glorious Fool and John’s stellar career, check out ‘Some People Are Crazy’ by John Neil Munro and also this excellent BBC4 documentary.