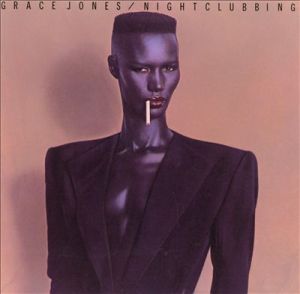 One of the nice things about putting together this website is finding out about some important – though often unsung – characters who pop up in the credits of many a classic album.

Alex Sadkin is just such a figure. You could probably write a history of 1980s music purely from the perspective of producers. Perhaps it was the decade of the pop producer.

There was certainly a lot of turd-polishing going on, but on the flip side it was a chance for someone to establish their own sound, hopefully in collaboration with a great artist or band.

In the early ’80s, everyone was pretty much using the same fairly limited (but very expressive in the right hands) equipment, so it was a question of being as original as possible.

Though he died at the age of just 38 in July 1987, not many producer/mixer/engineers of the early ’80s had a more distinctive sound than Alex Sadkin.

Jaco and Alex had gone to high school together, and Alex later became the house engineer at Criteria Studios in Miami where Jaco recorded the demos for his legendary 1976 debut album.

Sadkin then engineered James Brown’s ‘Get Up Offa That Thing‘ single and also worked on Bob Marley’s Rastaman Vibration album, which brought him to the attention of legendary Island Records owner Chris Blackwell. Sadkin quickly secured a new gig as in-house engineer at Island’s Compass Point Studios in Nassau on the Bahamas.

This was where it really all began for Sadkin – an amazing melting pot of talent passed through the Compass Point doors including Talking Heads, AC/DC, Iron Maiden, Tom Tom Club, B-52’s, Robert Palmer and Will Powers AKA Lynn Goldsmith.

Sadkin was now a name producer with a trademark sound and considerable rep, and as such started to attract significant attention, sometimes of the negative variety – legendary NME scribe Paul Morley even took agin him for some reason in a review for Thompson Twins’ ‘Hold Me Now’ single. It probably meant Sadkin was doing something right…

Later in the decade, though his work arguably became more anonymous (but then so did a lot of post-1986 pop), Alex’s career went from strength to strength, producing some big albums such as Robbie Nevil’s debut, Simply Red’s big-selling Men And Women and Arcadia’s (admittedly fairly dire) So Red The Rose.

Sadly, Alex Sadkin died in a motorbike accident in Nassau on 25th July 1987 just before he was due to begin working with Ziggy Marley.

9 thoughts on “Alex Sadkin: Sonic Architect Of The ’80s”