But perhaps the most underrated singer in that style was Angela Bofill, an ever-present on the US R’n’B charts between 1978 and 1984.

Best known for her sultry ballads and Latin-tinged mid-tempo jazz/soul tracks, I stumbled upon an Angie Best-Of sometime in the early ’90s and have been a fan ever since.

Her voice has a lovely, yearning quality, with power, range, great enunciation and a hint of Whitney Houston about it. But you’ll never hear Bofill’s music on the radio, at least here in the UK, and it’s a shame that she didn’t quite manage that breakthrough pop hit. 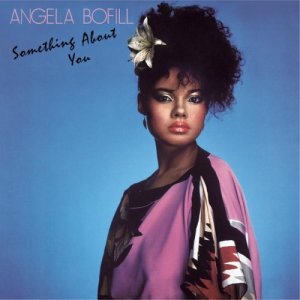 Born in the Bronx to a Cuban father and Puerto Rican mother, Bofill studied classical singing at the Manhattan School of Music.

After a tip-off from Latin Jazz flautist Dave Valentin, she was initially mentored by producers Dave Grusin and Larry Rosen, recording her successful first two albums Angie and Angel Of The Night for the fledgling GRP label.

Moving to Arista Records under the supervision of legendary impresario Clive Davis, she worked with some big-name producers throughout the ’80s: George Duke, Narada Michael Walden, Norman Connors and The System (David Frank/Mic Murphy).

Narada particularly seemed a good fit for her, co-writing a few killers such as ‘Tropical Love’ and ‘Too Tough’ and teaming up with future ‘American Idol’ judge Randy Jackson on bass to make a phenomenal rhythm section.

Angela also made a wonderful guest appearance on ‘Where Do We Go’, the standout track from Stanley Clarke’s lacklustre Hideaway album of 1986, and there were also interesting duets with Boz Scaggs and Johnny Mathis around the same time.

But her most impressive material was self-penned. ‘You’re A Special Part Of Me’, ‘Gotta Make It Up To You’, ‘Song For A Rainy Day’ (which she also produced), ‘I Try’ (memorably covered by Will Downing in the early ’90s), ‘Accept Me’, ‘Rainbow Inside My Heart’ and ‘Time To Say Goodbye’ are all stand-outs which demonstrate her fine musicianship as well as vocal skills.

It’s a shame her composing, producing and arranging talents were never properly utilised, though she left us with a few classics nevertheless.

Angela made a comeback in the mid-’90s with Love In Slow Motion, a nice album featuring three superb tunes – ‘All She Wants Is Love’, ‘Soul Of Mine‘ and the very Janet Jackson/Jam & Lewis-esque ‘Love Changes‘ – which matched anything from her ’80s peak.

She also made a notable appearance at the 1998 Montreux Jazz Festival with Billy Cobham and George Duke.

Unfortunately serious illness befell Angela in 2006. Two strokes have limited her recording and live appearances, but she did make a brief return to the stage in 2012: ‘The Angela Bofill Experience’ featured stories from her life and career, with artists such as Maysa Leak, Phil Perry and Melba Moore performing signature songs.

Since then, things have been quiet, but we send good vibes from London. Angie’s certainly not forgotten in these parts.