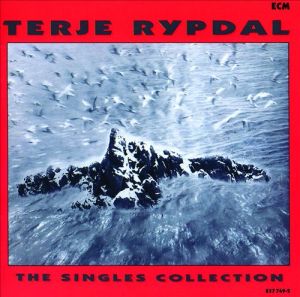 It can’t hurt a record label to have a USP, a recognisable visual concept and/or sound.

It has certainly stood Blue Note, Impulse and 4AD in good stead.

When one thinks of ECM, images of fjords, mountains or trees probably come to mind, alongside a certain sonic quality, a kind of rarefied ambience (producer/owner Manfred Eicher’s choice of reverb units are apparently almost as ‘secret’ as Colonel Sanders’ chicken recipe…).

The ECM formula worked for two decades. But then along came Terje Rypdal’s The Singles Collection in 1989 to throw a spanner in the works.

Though the title is a joke – there are no ‘singles’ on the album – you wish more pop music was as bold as this collection which explores hard rock, early-’60s-style balladry, techno-fusion and even Prince-influenced funk to exciting and sometimes amusing effect.

The shorter tracks start out sounding a bit like Living In A Box jamming with Jeff Beck, before completely changing gear a minute in and turning into dark, introspective mood pieces with Messiaen chords and ethereal fretless bass.

They chuck in the whole kitchen sink, as if desperate to avoid a boring listening experience. The ploy works. And, yes, it cannot be denied – this is the ECM album whose first track is titled ‘There Is A Hot Lady In My Bedroom And I Need A Drink’… It’s Lovesexy meets Ligeti.

The Singles Collection was the third album in a row where Rypdal hooked up with The Chasers, a cracking bass and drums team comprising of Bjorn Kjellemyr and Audun Kleive. The latter is thinking more Manu Katche and Stewart Copeland than Jon Christensen on this album, and the music is much better for it (no disrespect to the excellent Jon).

But a vital ingredient is the addition of keyboardist Allan Dangerfield who contributes three compositions and all manner of weird textures, Synclavier drum/sequencer patterns and unhinged, hysterical Hammond organ solos very much in the Prince style.

‘Sprøtt’ (Norwegian for ‘crazy’) sounds like an outtake from Jeff Beck’s Guitar Shop album with its chugging rockabilly rhythms and blistering lead guitar.

Luscious noir ballad ‘Mystery Man’ will be familiar to fans of the Michael Mann movie ‘Heat’. If Mann hadn’t bagged it, you can bet David Lynch wouldn’t have been far behind. Maybe Dave can still put the gorgeous, glacial ‘Somehow, Somewhere’ to good use.