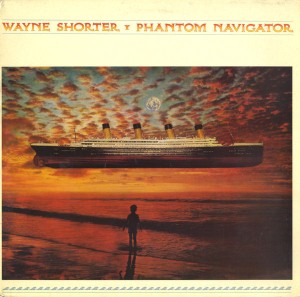 In the late-’80s, Wayne was seemingly about as far away from ‘jazz’ as it’s possible for a jazz legend to get. His music hadn’t featured any tinging ride cymbals or walking acoustic basses for decades.

Even Miles thought Wayne was getting a bit too ‘far-out’ – he reportedly told the saxophonist as much when they met backstage during Miles’s Paris tribute show in July 1991.

Which must have come as quite a shock to Wayne – after all, his ’80s music featured strong, ‘funky’ grooves and attractive, happy melodies. On the face of it, albums like ’87’s Phantom Navigator (apparently inspired by the ‘Other Worlds’ sci-fi comic series he drew in his teenage years) weren’t that different from Miles’s Tutu and Amandla.

But of course they were completely different, and Phantom Navigator is probably the most ‘far-out’ collection of Wayne’s solo career.

Many critics couldn’t see beyond the drum machines, bass vamps and synths, missing the complexity of the arrangements and incredible care and attention that went into making the album, though maybe Wayne was asking for trouble by recruiting legendary NY beat-maker Jimmy Bralower, who had recently featured on Steve Winwood’s ‘Higher Love’ and Nile Rodgers’ B Movie Matinee. 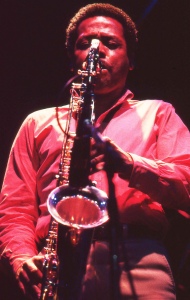 But these elements were just ‘sweeteners’ – Phantom Navigator was designed to be lived with, devoured in long stretches as one would a classical piece.

There were so many good melodic ideas packed into every tune but it wasn’t an album for short attention spans – not ideal in the MTV-flavoured, thrill-a-minute late-’80s.

Chick Corea’s crystalline piano features strongly on the intricate, beguiling ‘Mahogany Bird’, while ‘Remote Control’ taps into a go-go groove (though Bralower’s snare is way too big – where was Ricky Wellman when Wayne needed him?) underpinning rich, endlessly-flowing soprano harmonies.

Side two’s triptych of ‘Yamanja’ (named for a sea goddess of Brazilian legend), ‘Forbidden – Plan-It!’ and ‘Flagships’ are nothing less than mini concertos for soprano sax, electric bass and synths. All would work fine with a symphony orchestra with their endlessly intertwining lines and countermelodies.

Wayne toured a lot during this period (I think I saw him three times in London between ’85 and ’88) and to a certain extent the music was a hard sell, both for audiences and the musicians. His sci-fi fusion stuck out like a sore thumb during the late-’80s London jazz/rare-groove revival when he was sometimes put on the same bill as people like The James Taylor Quartet and Gilles Peterson! I remember a really weird such gig at the old Town & Country Club in the late ’80s.

It’s the same old story – the problem of marketing music that goes way beyond category. But, in the final analysis, Wayne doesn’t play jazz, rock, go-go, funk or soul on Phantom Navigator – he plays life.