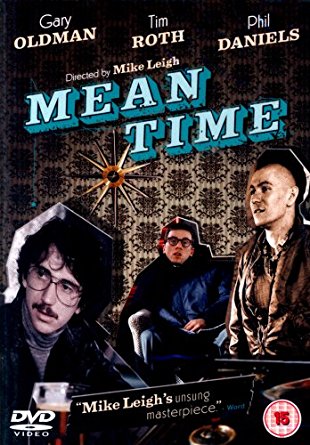 There definitely seems to be something in the London air this summer.

The Grenfell Tower tragedy and various other events have brought some deeply unpleasant issues to light (again).

A withering portrait of Thatcher’s Britain featuring a brilliant cast, it’s still a striking piece of work, at times difficult to watch but finally offering cause for hope.

Its essential Englishness also echoes through the work of Suede and Blur; an alternative soundtrack might include ‘My Insatiable One‘ or ‘Bank Holiday‘.

Frank, Mavis, Colin and Mark live in a rundown council high-rise (Bryant Court in Whitston Road, where a two-bedroom flat now goes for £330,000) while Barbara and John have escaped to middle-class respectability in Chigwell, Essex.

From Uncle John’s condescending opening line – ‘Barbara, the boys can take their shoes off and leave them in the kitchen, all right?’ (note that he doesn’t tell Colin and Mark himself) – we know we’re deep in Leighland. The performances are uniformly superb, with Roth, Daniels and Bailey possibly never better.

Oldman delivers a remarkable turn as the skinhead Coxy, smashed on the Special Brew, looking for trouble but also deeply vulnerable, while Peter Wight is excellent as the insouciant, blithely idealistic estate manager.

Mark, Colin, Coxy and Frank are stuck in a grim, sometimes demeaning cycle of unemployment, but there seems to be glimmer of hope when Auntie Barbara offers Colin a painting job in her home. Mark has other ideas.

Anyone growing up in London during the early 1980s knew kids like Colin, Mark and Coxy. The latter two are quick-witted and sharp but totally wasted, with no structure in place for them to thrive. Andrew Dickson’s soundtrack – a duet for tack piano and soprano sax – is unforgettable.

And, for a director known more for his characters and situations than a visual sense, Leigh comes up with many striking images: Mark and Coxy dodging the falling detritus from a freshly-bulldozed block of flats; Colin wandering uncertainly in front of the Winston Churchill statue at Woodford Green; Coxy rolling around a giant, hollow metal canister, attacking its insides impotently with a stick; Mark chucking darts at a poster of a pouting Kim Wilde.

I asked legendary TV producer Graham Benson about his memories of working on ‘Meantime’ (which you can watch in HD below, at least until it’s taken down…).

MP: How did you come to the project and what was its genesis? I gather it was your first (and only) experience working with Mike Leigh.

GB: Yes, it was my one and only time working with Mike and a very enjoyable, rewarding time. The producer’s job is very much one of support, encouragement and of being there when needed in various aspects of the films progress. We initially wanted to make a feature film when I was running Robert Stigwood’s European film and TV company. We nearly got a deal with Warner Bros but the lack of script (Leigh famously develops his scripts through intensive improvisations in collaboration with the actors – Ed) scared the moguls. Eventually a combination of Channel 4 and David Rose together with Central Productions and Margaret Matheson delivered the commitment and budget. I am pleased and proud to have been a part of Mike’s journey and have to say that producing a Mike Leigh film was an example in my career of working with a supremely professional, responsible, collegiate and multi-talented film-maker, and a good-humoured, decent bloke to boot!

‘Meantime’ was made for Channel 4. It’s hard to imagine such a hard-hitting feature-length film getting shown on a terrestrial station today. Do you see that period as a golden age for British TV?

Well, Channel 4 were Mike Leigh enthusiasts as they remain now. He’s always had them and the BBC. I don’t see why it couldn’t be made now really. These days he has other places in Europe to go and get additional monies – for now, anyway…

We discussed the casting as we went along. It was a stunning cast but they were all much less well-known then. Like so many others, they were cutting their teeth on hard-hitting UK dramas.

Though often a difficult watch, the ending arguably shows chinks of light – Barbara finally stands up to John and the two brothers seem to come to a new understanding. Is that how you see it?

Yes. Though it’s a bleak and critical view of Thatcher’s Britain, it is a hopeful film. The human spririt will win through. But we must be watchful, as we see today.

What do you think is the legacy of the film, if there is one?

Oh, it proved Mike could handle a wider canvas and could deal with a slightly bigger budget. It solidified his method of working as a successful one and a genre all of its own. Soon afterwards he’d get his opportunity on the bigger screen.