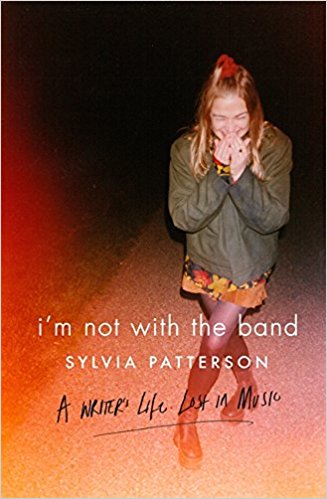 Sylvia Patterson’s hugely enjoyable memoir had me at page 28: ‘The post-punk era, roughly ’78 to ’83, was arguably the most richly dynamic of all musical time, an era defined by a cultural geyser of creative freedom and political indignation – all stoked, crucially, by the incendiary spark of jokes…’

That this pithy analysis of the era grabbed me immediately won’t surprise regular readers of this site. But what was more of a surprise to me was that ‘I’m Not With The Band’ turned out to be in the top two or three music biogs I’ve ever read.

It helps that Patterson is first and foremost a music fan (between 1980 and 1983, she describes herself consecutively as a Mod, Massive Goth, Moody Art-School Dreamer and Indie Kid). She is also a highly respected journalist who cut her teeth writing for Smash Hits during its million-readers-an-issue peak and has also contributed to the NME, Face, Big Issue, Glamour and Observer.

She has been a witness to how music journalism (and the wider recording industry) has become run by the lawyers, PR people and gossip mags. And she knows where the bodies are buried, locating the beginning of the decline in the 1990s when ‘tot pop’ (Christina Aguilera, S Club 7, Britney etc.), boy/girl bands, reality TV, corporate branding, celebrity culture and the internet ran roughshod.

She writes brilliantly about the surreal pop boom of the late 1980s, when Kylie, Jason, Big Fun (remember them?) Guns N’ Roses, Phil Collins, Tiffany, Debbie Gibson, Enya, Deacon Blue, Milli Vanilli, Brother Beyond (or The ‘Yond, in Smash Hits-speak), Bananarama, Salt ‘N Pepa and especially Bros ruled the waves. But in 1990, as the music biz hits a recession, Patterson opts to go freelance – an interview with Stock/Aitken/Waterman pop poppet Sonia is apparently the straw that breaks the camel’s back…

A few months later she’s on the dole, drinking too much, struggling to pay the rent, mourning her father and brother and rueing the deterioration of her relationship with an alcoholic, mentally-ill mother. Cue the second half of the book and the second half of her sometimes troubled life. 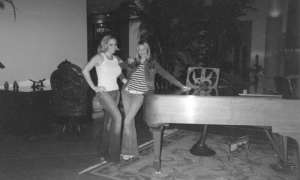 ‘I’m Not With The Band’ outlines what it’s like to live and breathe music. It has certainly been tough remaining true to her school. But in documenting her journey Patterson also reaches the places other music biogs don’t reach. She’s like a big sister reporting from the front line of the pop biz – you’re always rooting for her, no matter how dark things get.

She also raids her cassette box to sprinkle in hilariously candid interviews with almost all the major pop players of the last four decades: Barney Sumner, Mick Hucknall and George Michael in the 1980s, Richey Edwards, Liam Gallagher, Shaun Ryder, Blur, Jarvis Cocker, Paul Heaton, Bobby Gillespie, Westlife, Page/Plant, Madonna and Prince in the ’90s, U2, Johnny Cash, Beyoncé (sample question: ‘Now you’re working with Jay Z and loads of tough guys, you’re hanging out with ex-drug dealers – how does your mum feel about Jay Z’s background?’), Kylie, Mariah, Britney, Eminem, Lily and Amy in the noughties. She captures exactly what it’s like to meet these people and asks all the difficult questions.

Witty and humane, never boring, occasionally hilarious, at times deeply affecting, Patterson’s book is up there with Giles Smith’s ‘Lost In Music’ (perhaps consciously referenced in the title) in documenting a troubled love affair with this thing we call…pop. We await Mike Leigh’s film adaptation.

‘I’m Not With The Band (A Writer’s Life Lost In Music)’ is published by Sphere/littlebrown.

Sylvia talks about the book in this Word podcast.

2 thoughts on “Book Review: I’m Not With The Band (A Writer’s Life Lost In Music) by Sylvia Patterson”