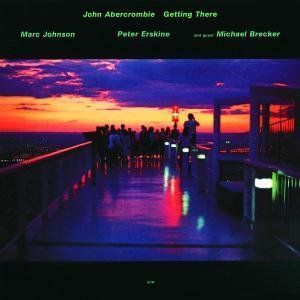 Maybe John Abercrombie was the Andy Murray of jazz guitarists.

But a superb career he forged all the same. Starting out as somewhat of a John McLaughlin imitator playing unhinged jazz/rock with Billy Cobham and Dreams on ‘some of the worst fusion albums ever made’ (his words), by 1974 Abercrombie had settled into a long, intriguing career on ECM Records, where he could pursue all his interests, from acoustic guitar duos with Ralph Towner to organ trios with Jan Hammer and Jack DeJohnette. 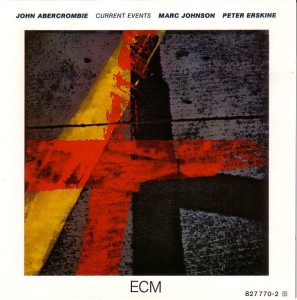 But one of his best bands was this mid-1980s outfit with ex-Bill Evans/Lyle Mays sideman Marc Johnson on bass and legendary Peter Erskine on drums, often augmented by Michael Brecker on sax too.

Abercrombie was getting heavily into the guitar synth around this time, while also using loops and ethereal keyboard patches to beef up the studio sound.

’86’s Current Events was a fine ‘blowing’ record but followup Getting There – released 30 years ago this month – was arguably Abercrombie’s most commercial album. It’s big and bold but definitely no ‘fusion’ sell-out, and it distills its ideas into relatively short, concise statements.

It’s also somewhat of a rarity for the ECM label in that it’s not produced by Manfred Eicher – Lee Townsend is in charge here, assisted by James Farber.

The epic title track is loud and proud, almost approaching avant-rock with Erskine absolutely lamping his drums and a hysterical, exciting set of screaming guitar-synth solos. It gets near the approach of David Torn’s sometimes raucous Cloud About Mercury album. Ethereal, gentle and gorgeous ‘Thalia’ (composed by Vince Mendoza) and ‘Chance’ are ambient/jazz masterpieces with shades of Mark Isham’s work. 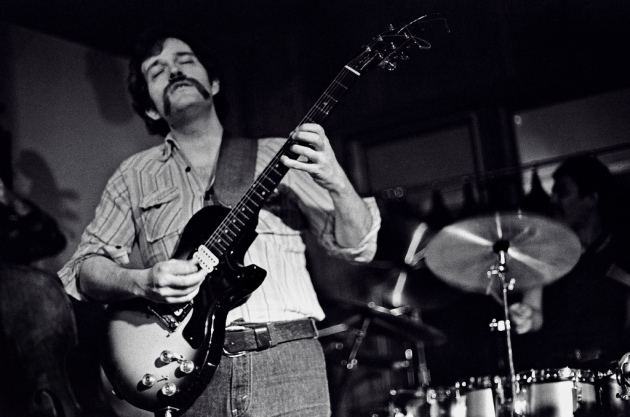 Classic ballad ‘Remember Hymn’ initially sounds like a re-harmonisation of Sibelius’s ‘Valse Triste’ but slowly becomes a vehicle for Brecker’s haunting tenor. The latter also cleans up on the raucous two-chord blowout ‘Furs On Ice’, reminiscent of Johnson’s Bass Desires band, with Erskine at his most Elvin Jones-like.

Getting There predictably received a somewhat muted critical reaction on its release. I wasn’t bothered about that – having been recommended Abercrombie by a guitar player friend, I bought it sight unseen from HMV Oxford Street on vinyl a few weeks after it came out. It’s still my favourite album by the guitarist.

But it would be the last time Abercrombie dipped his toe into ‘rockist’ waters – he quickly regrouped to continue his ever-eclectic, increasingly gentle career, and, to the best of my knowledge, never picked up the guitar synth again…

4 thoughts on “John Abercrombie: Getting There 30 Years On”