Books about songwriting are a small but fast-growing and fascinating subgenre of music journalism.

XTC fans, however, may be slightly surprised about the publication of ‘Complicated Game: Inside The Songs Of XTC’, a gripping new book of interviews with mainman Andy Partridge, seeing as they may possibly feel that it would hard to better Neville Farmer’s ‘XTC Song Stories’.

But, while obviously covering similar ground, ‘Complicated Game’ zooms in with forensic detail on a select group of Partridge songs, particularly ones that may well have been overlooked throughout his stellar career (‘Travels In Nihilon’, ‘No Language In Our Lungs’, ‘Beating Of Hearts’, ’25 O’Clock’ etc).

He once said that XTC’s music explores the unexplored nooks and crannies of the guitar neck; this book does the same for their discography.

Essentially, ‘Complicated Game’ is a transcription of over 30 interviews by American rock journalist/musician Todd Bernhardt. Though some of Partridge’s legendary West-Country repartee and clever wordplay occasionally get a bit lost in translation, these conversations are candid, detailed and never less than engaging.

Discussions about a rhyming couplet can suddenly give way to painful memories of Partridge’s divorce, or asides about Swindon or 9/11.

The ‘Dear God’ controversy gets a whole chapter. The thorny subject of record company wrangling is never far from the surface, and Andy’s troubled relationships with producers is also a constant theme, with Steve Nye, Todd Rundgren and Gus Dudgeon taking centre stage (the former being described as ‘possibly the grumpiest guy we’ve ever worked with’!)

There’s just enough musical theory discussed too, and – not surprisingly, given that Bernhardt once interviewed Partridge at length for Modern Drummer magazine – a lot of emphasis on the role of the rhythm section, with much talk about Colin Moulding’s superb bass playing and many hilarious anecdotes about original XTC drummer Terry Chambers and later sticksmen Pete Phipps, Prairie Prince and Dave Mattacks.

But, most importantly, Partridge is able to give detailed and fascinating answers about where he gets his songwriting inspiration, looking in detail at how unusual – and often completely accidental – chords can set off images and themes, and also how much he associates music with colours. There’s also a lot of advice for songwriters about how to develop initial ideas. 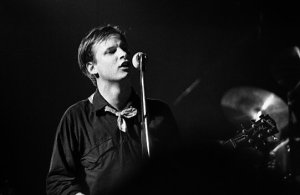 Of course, the real measure of a great music book is how quickly one is drawn back to the records, and ‘Complicated Game’ works a treat in that regard – I rushed first to the CD and then to the guitar to try and nail down ‘That’s Really Super, Supergirl’ and ‘Church Of Women’.

The orchestral arrangements and song structures of the truly singular ‘River Of Orchids’ and ‘I Can’t Own Her’ are also discussed in great detail.

There are a few minor quibbles: some of the interviews have a slightly ‘flogging a dead horse’ feel to them, and also there’s a strange reluctance to talk about Partridge’s contemporaries – Sting, Weller, McAloon, Gartside et al go unmentioned, and Elvis Costello is only referred to once in terms of his huge bank balance!

But hey, enough of my nitpicking. ‘Complicated Game’ is another fine book about songwriting, a good holiday read for ’80s music fans and a great companion piece to ‘XTC Song Stories’. I devoured it almost in one sitting and will definitely be reaching for it regularly.

4 thoughts on “Book Review: Inside The Songs Of XTC”