A warm Seattle evening, just steps away from the iconic Pike Place Market. One of the definitive bands of the ’80s are getting ready to take the stage.

But one member, the lead vocalist, is famously and notably absent. How can they pay tribute without becoming a tribute act?

The Revolution are close to the end of their 29-date North American tour. Reformed with the original line-up, they provided backup for Prince throughout his creative zenith (1980-86).

It’s hard to think of a band who funked as hard in that era. And tonight, that’s what shines through. 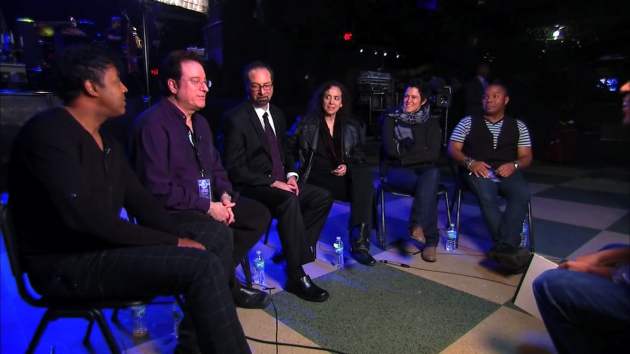 Gone are the ’80s fashions, the side partings, ruffs and glitter (though keyboard player Dr Fink maintains his scrubs and stethoscope). This is not a celebration of the past but rather a testament to how relevant Prince’s music remains today.

In the diverse, 1,100 capacity Showbox crowd, there is no hint of irony or throwback-chic. These people, many of them tattooed with Prince’s ‘symbol’ motif, came to party. And from the opening bars of ‘Computer Blue’, party is what they do.

What follows is a two-hour set of peerless pop classics. There are no overwrought solos, no extended jams. Nothing outstays its welcome or is embellished. Wendy takes lead guitar but keeps true to her original riffs instead of trying to mimic Prince’s soloing.

It’s a joy to hear a band this tight and disciplined. Their use of vintage keyboards and drum machines, at chest- splitting volume, has a transportive effect.

Joined by guest vocalist Stokley Williams, The Revolution power through ‘Uptown’ and ‘DMSR’ until noticeably dropping the energy level (and losing the crowd) with two tracks from Prince’s vault of unreleased songs.

It’s at this point that you hear the tears from fans who continue to be touched by the passing of their innovative, imaginative hero. For many, this is a moment of quiet reflection, surrounded by like-minded people – a cathartic release for all, including a visibly upset Wendy.

As the show goes on, climaxing with ‘Purple Rain’, the band are overwhelmed by the ecstatic energy of the crowd. It’s not hard to understand how The Revolution, all now in their mid-50s, can keep up with touring such a high-energy show.

The passion of the music, camaraderie of the players and discipline of their act transform the audience into just what they lack: their missing frontman.