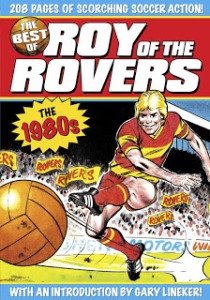 So it looks like the football season is ending with barely a whimper, and we may not see any tennis or cricket at all this summer.

So there’s time to indulge in a little nostalgia. Here are some memorable goals of the 1980s, in no particular order, a decade during which this writer cared passionately about the game, unlike now… (Favourite players: Glenn Hoddle, Bryan Robson, Ray Houghton, Matt Le Tissier, Gordon Davies, Steve ‘Headband’ Foster.)

Ray Wilkins and Jimmy Case’s strikes have special significance, as I was present at the games, and I certainly would have been watching Ricky Villa, Steve MacKenzie and Norman Whiteside’s wondergoals live on the TV. But all of the below still deliver a frisson of excitement.

Any great 1980s goals missing from the list? Get in touch below.