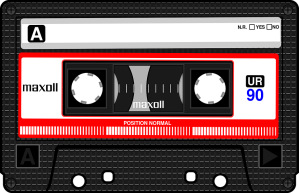 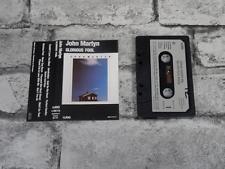 Cassettes were always subtly subversive too – Malcolm McLaren masterminded his band Bow Wow Wow’s (cassette-only, of course) release of 1980 mini-album Your Cassette Pet as a reaction to the ‘Home Taping Is Killing Music’ protest. He also named their debut single ‘C-30 C-60 C-90 Go!’ in tribute to the humble tape. 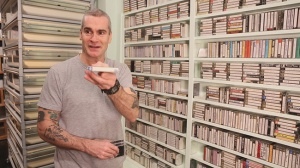 And the ‘punk’ element of cassettes has also definitely been picked on by Zack Taylor, director of a new documentary called – you guessed it – ‘Cassette’, showing later this month at London’s East End Film Festival.

It features the likes of Henry Rollins (right), Thurston Moore and Ian McKaye waxing lyrical about the format which seems to be enjoying a resurgence in the US – cassette sales are on the up and there are reportedly more cassette-only labels than ever before.