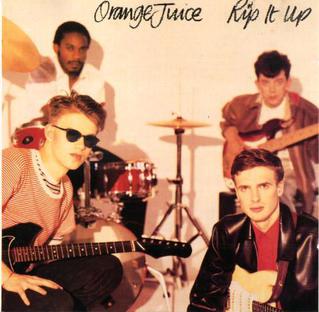 Nobody knows anything: that was the late screenwriter William Goldman’s famous maxim for determining the likely commercial viability of a movie.

But it could also apply to the pop landscape of the 1980s. While the essential ingredients for a chart smash – great melodies, interesting sounds, emotional material – were probably intact, there were also novelty hits by the dozen. Soap-opera actors, kids and comedians were all over the shop.

But then there were the really striking, original one-time deals. Indeed the question hanging over most of the following is: why only the one hit? Yet maybe there is something singular about these songs. Even this writer, a big It Bites fan, can – almost grudgingly – hear only too well why ‘Calling All The Heroes’ was a hit when all of their other perfectly-worthy singles stalled just outside the top 40.

But hey – if one hit single doesn’t make for a lasting career, with a bit of luck it can still be a cash cow. So join us now for a trawl through some of the best one-hit wonders of the 1980s…

It’s mystifying why Edwyn Collins and the gang only managed one hit, but they did. And what a beauty. Reached #8 in February 1983.

It’s just the audacity of it, I guess – an American/Australian comes over ‘ere and makes a random, totally un-PC, comedy record. Kept Ultravox’s ‘Vienna’ off #1 in February 1981.

Clive Temperley’s gorgeous Echoplex-laden guitar, a great blanked-out vocal from Barbara Gogan and the early-’80s penchant for all things European ushered this into the top 30.

A love or hate song depending on your proclivity for soppy tearjerkers, but a pretty damn committed piece of work either way.

Produced by Police-helmer Nigel Gray, this Perth band produced a memorable piece of sophisti-pop with a great vocal by Kevin Patterson.

They had of course written dozens of hits for others, and Valerie Simpson had sung back-up with everyone from Steely Dan to Quincy Jones, but this was the couple’s only UK hit.

Fronted by future MOJO music writer Jim Irvin, this was a smart, intriguing single. Will also be familiar to fans of ‘Trigger Happy TV’. And Pulp may have checked it out too…

Apparently originally written as a loping country and western tune, it was given an icy synth-rock makeover and great John Bettis lyric, and eventually reached the top 10 and earned Carnes a Grammy.

How did this end up being the only top 40 hit for Ian McNabb’s talented Merseysiders? When the likes of contemporaries Pete Wylie and Pete Burns were raking in the hits?

Co-written by Steve Winwood, Todd Rundgren, Nile Rodgers and Jacob Brackman and featuring an uncredited Carly Simon on vocals and some brilliant stacked backups by…who? Of course Will Powers was a pseudonym for star-snapper Lynn Goldsmith.

The Glaswegians’ funky pop gem showed the way forward for Curiosity and Love & Money, but sadly they failed to follow it up.

A rather excellent lyric and musically rich #1 single. The closing 30 seconds can still send a shiver down the spine.

Yes yes yes, it’s shiny and toothless, but anyone who loves ’80s pop surely has to like this.

Another Merseyside pop gem, this slow-building classic can immediately send one into the reverie of a sun-kissed, first-love British summer.