Stanley’s music first grabbed me sometime in the mid-’80s. It was the bassist/composer’s 1974 self-titled album featuring Tony Williams on drums, Jan Hammer on keyboards and Bill Connors on guitar. It fair blew me away; with hindsight, it was a near-perfect combo of Coltrane, Hendrix and Bootsy.

Clarke remains a hero – I still greet his new albums with some enthusiasm and his career seems to have enjoyed a new lease of life over the last 10 years or so. 2006’s Toys Of Men was a huge return to form, and releases since then have been prolific if less impressive.

Which brings us to Stanley’s new album, The Message. It continues his tried-and-tested formula: some sh*t-kickin’, symphonic jazz/rock, vocal-based R’n’B, acoustic interludes with a classical bent and brief novelty curios featuring some guest star or other (this time Doug E Fresh on rapping and human beatbox). On previous classics like School Days and If This Bass Could Only Talk, the formula worked a treat. But this time, besides the typically great playing, there are a few issues – with Stanley’s production, compositions and ‘message’.

The opener ‘And Ya Know We’re Missing You’ is a tribute to all of the following: Al Jarreau, Ndugu Chancler, Tom Petty, Chuck Berry and Larry Coryell. It sounds suspiciously like a demo, complete with distortion and rudimentary ‘slap in E’ groove. In other words, it’s the kind of thing Stanley can do in his sleep. Sure, he can pay tribute to whoever he likes in whichever way he deems suitable, but this seems a really uncommitted two minutes of music.

A re-tread of the Return To Forever classic ‘After The Cosmic Rain’ also emphasises the problem with contemporary production – compare it to Stanley’s 1999 version with his Vertu supergroup. That version had balls, low-end, dynamics, space. The new one sounds hemmed in, dried out, panicky. Drummer Mike Mitchell must take some of the blame too – he has perfected the lightning-fast single-stroke rolls but they get boring very quickly. It doesn’t help that he tunes his drums to choking point.

There are substantial pieces of music here: the title track, ‘The Rugged Truth’ and ‘The Legend Of The Abbas And The Sacred Talisman’ are great compositions which bear comparison with Stanley classics like ‘Light As A Feather’, ‘Life Is Just A Game’ and ‘Song To John’.

The acoustic-bass take on Bach’s Cello Suite is gorgeous too, but a few other tracks are beyond help – the treacly ‘Lost In A World’ and ‘To Be Alive’ irritate, while only Stanley knows what’s behind ‘Combat Continuum’, a nutty futuristic spoken-word/fusion piece about impending war. I preferred his preposterous, sci-fi-influenced outbursts on 1978’s Modern Man.

What a shame. It could have been a classic, but The Message has 5/10 written all over it. It’s definitely one for filleting on streaming services though, and I’m sure the music will come alive in concert.

The Message is out now on Mack Avenue. 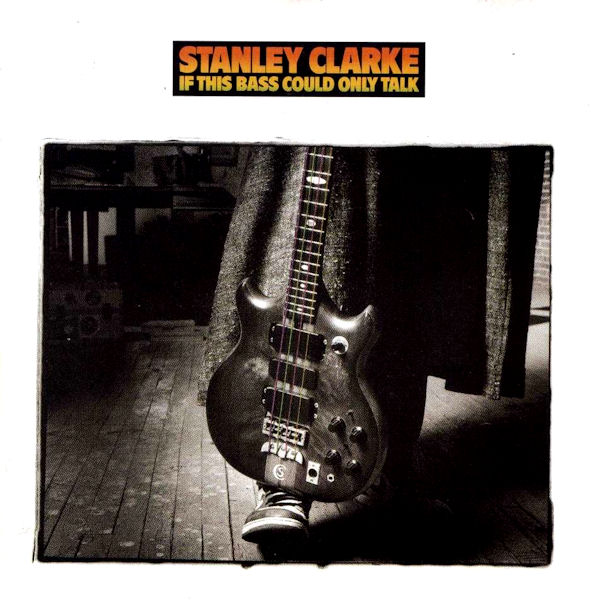 This album was a substantial breath of fresh air when it came out in 1988. I remember walking into Our Price and hearing Wayne Shorter’s majestic soprano sax over some swooning chord changes and thinking: ‘What the hell is this?!’ It was a relief and total surprise when it turned out to be Stanley’s cover of Mingus’s ‘Goodbye Pork Pie Hat’ (and what a brave choice of track to play in the shop…).

It wasn’t just the Baby Boom rockers who struggled a bit during the 1980s. Stanley started the decade very well with Rocks Pebbles & Sand but then there were a few middling collaborations with George Duke and a very patchy run of albums: Let Me Know You, Time Exposure and Hideaway. 1985’s Find Out had some brilliant moments though.

But ITBCOT put Stanley back on the jazz map. Its full-on playing – with admittedly a few late-’80s production values in tow – brought to mind classic ’70s albums Journey To Love and School Days. Drum machines were out: drummers were back in (Ndugu Chancler, John Robinson, Gerry Brown and Stewart Copeland, all of whom play beautifully). The album also emphasised how much of a singular voice Clarke had now developed on piccolo bass, as distinctive on his instrument as Parker, Miles, Monk or Rollins were on theirs.

‘Working Man’ is an update of ‘Lopsu Lu’ from Stanley’s classic first album and features some ridiculously brilliant soloing leaning very heavily towards John Coltrane’s ‘sheets of sound’ approach. Gerry Brown stays toe-to-toe with Stanley, providing some spectacularly-unhinged drums, though maybe with a bit too much ’80s ‘gated’ snare for some ears.

My cassette copy of ITBCOT didn’t have any personnel listed on it, so when I first heard ‘Stories To Tell’ I didn’t realise I was getting my first exposure to the extraordinary guitar playing of Allan Holdsworth. I’m very thankful that Stanley unleashed Holdsworth onto my sensibilities. He delivers some remarkably-fluid playing with a shrill, almost reedy tone. The first and last four bars of his solo are really special. Copeland plays superbly too, with more restraint than usual.

Freddie Hubbard shines on a fine cover of Janet Jackson/Jam and Lewis’s ‘Funny How Time Flies (When You’re Having Fun)’ while Stanley brings the funk with a great take-off of Zapp’s Roger Troutman on ‘I Want To Play For You’. Elsewhere there are two fun but rather dispensable duets with tapdancer Gregory Hines but they don’t outstay their welcome. Finally, ‘Tradition’ may feature Stanley’s finest recorded playing bar none and highlights a strong John McLaughlin influence (via Coltrane, of course).

In a much-maligned genre of music, ’80s fusion, ITBCOT is a minor classic that deserves critical reappraisal. It also led to a really good period for Stanley – he joined Shorter in Lenny White’s short-lived but intriguing Manhattan Project, of which more soon, and also toured as part of a supergroup with Herbie Hancock, Shorter and Omar Hakim.

Stanley was and is one of my all-time musical heroes. As a teenager, I loved his fiery bass playing, dramatic compositions and dynamic hook-up with drummers. I first heard about him from my dad who bought his classic 1974 debut album on cassette in the mid-‘80s. As a burgeoning young drummer, I was immediately blown away by Tony Williams’ playing and also Stanley’s wide-reaching musical vision which took in funk, prog, post-Hendrix rock, flamenco, modal jazz and Third Stream.

In 1979, Stanley recorded the sprawling, slightly directionless I Wanna Play For You double which veered uncomfortably towards disco on a few tracks. But it also featured some outrageous live recordings which suggested he was going in a more ‘rock’ direction, mainly thanks to the sonic possibilities opened up by putting his Piccolo bass (tuned a fifth higher than a standard bass, A to C rather than E to G) through various effects pedals.

But how would Stanley start off the ’80s?  on Rocks, Pebbles and Sand, he thankfully pushed the rock and prog-fusion rather than disco. It also really helps that it sounds very much like a ‘band’ project, apart from funk curio ‘We Supply’ which belongs on a different album altogether. And what a band it is – Simon Phillips on drums, Charles Icarus Johnson on guitars and Steve Bach on keys.

Phillips in particular is a perfect foil for Clarke with his meaty grooves and superchops. Though he was obviously coming from Billy Cobham with his prodigious double-bass playing, expansive tom fills and open-handed style (see below), his grooving on ‘Story of a Man and a Woman Part 2‘ is just perfect.

Rocks, Pebbles and Sand‘s opener ‘Danger Street’ sounds like Stanley has been listening to The Who and Van Halen with its big drums, raucous guitar and gargantuan riff. Subtle it ain’t (and one can take or leave Stanley’s vocals), but it really works, mainly due to the mastering and mix – Rocks is one of the best-sounding albums of the era alongside Steely’s Gaucho, Lee Ritenour’s Rit and Zappa’s Sheik Yerbouti.

The duet vocals on ‘Underestimation’, ‘You/Me Together’ and ‘A Story of a Man and a Woman’ might put some people off, but isn’t that female voice familiar? A glance at the liner notes reveals a credit for one ‘Marcy Levy’ on vocals. It turns out to be none other than Marcella Detroit of Shakespeare’s Sister fame, an LA session singer in another life who had recorded and toured extensively with Eric Clapton (co-writing ‘Lay Down Sally’) before working with Stanley.

The funk/disco track ‘We Supply‘ sticks out like a sore thumb but features a superb bassline from Louis Johnson and a hilarious spoken word intro from album engineer Dennis MacKay, proclaiming, ‘We supply all your funky needs!’ in the poshest voice you’ve ever heard. Git down and boogie with Dennis…

Stanley had a mixed ’80s to say the least, with a fair few misses but some big hits as well – watch this space for more of the latter.