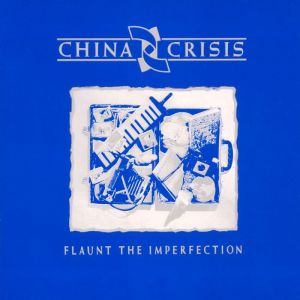 In the UK, China Crisis have always had what you might call an image problem – they’ve never quite been able to shake off an almost imperceptible naffness.

Or maybe because they had the dubious honour of being playlisted by Alan Partridge? (Actually, they were played by Partridge’s nemesis Dave Clifton, Ed.)

Steely Dan co-conspirator Walter Becker didn’t think they were too shabby though, apparently requesting a meeting with the Liverpudlians after he heard the nuclear-themed ‘Papua’ from their second album, 1983’s Working With Fire And Steel. He was intrigued by their obtuse lyrics, they liked the cut of his jib and apparently got on like a house on fire.

Becker signed on as producer and was summoned to Parkgate Studios near Battle, Sussex, to begin work on Flaunt The Imperfection which would turn out to be CC’s biggest success to date. Flaunt reached 9 in the album chart and stayed in the UK top 100 for 22 weeks. 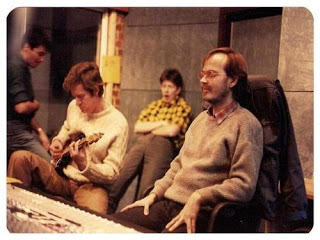 With the steady hand of legendary Stones/Sly/Hendrix engineer Phill Brown onboard too, the album featured two infectious top 20 UK hits, ‘Black Man Ray’ and ‘Wake Up (King In A Catholic Style)’.

Well worth checking out too is the ‘Black Man Ray’ B-side ‘Animalistic’ which shows that the lads were also flirting with a variation on Britfunk in their spare time.

Apart from the singles, there are a host of other treats on this album, not least the drumming of the late Kevin Wilkinson. He was a big drumming hero in my teenage years. He’s very close to a British Jeff Porcaro or Carlos Vega, a tasteful groovemaster with a few chops too.

Gazza Johnson’s basslines are catchy and memorable and the songwriting is solid throughout, only ‘Wall Of God’ and ‘Blue Sea’ lacking strong choruses.

Then there’s Becker’s top-draw production. He ‘Fagenizes’ Gary Daly’s excellent vocals (usually double-tracked with a touch of delay) and shows off his arranging skills with subtle synth/guitar layering and brooding horns.

In particular, ‘Strength Of Character’, ‘You Did Cut Me’, ‘Bigger The Punch I’m Feeling’ and ‘Gift Of Freedom’ bear his fingerprints, the latter featuring some Gil Evans-esque woodwinds.

China Crisis followed up Flaunt with 1986’s What Price Paradise, a massive misfire wherein producers Clive Langer and Alan Winstanley inexplicably tried to turn them into Madness (If I remember rightly, the Q review of the album ended with the phrase ‘File under: Victim Of A Cruel Medical Experiment’!). But the band reunited with Walter Becker on the excellent Diary Of A Hollow Horse four years later.