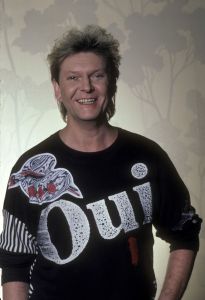 Even solely based on the evidence of his rather unappreciated ’80s playing, Chris Squire would surely still get into the pantheon of bass greats.

I first heard him on Yes’s 1987 album Big Generator and worked backwards from there. I was won over by Trevor Horn’s pristine production, the band’s outrageous musicianship and the sheer originality of the songwriting, but recently Chris’s bass playing from the era is kind of obsessing me.

To my ears, he detuned his low E string on a standard four-string bass to a low A, one octave lower than the second string, presumably to best accompany the new songs which generally tended towards A major. You can hear it most clearly on the powerful title track and ‘Love Will Find A Way’.

Anyone who’s ever picked up a bass will know how potentially treacherous that tuning could be, but he just sails through. It also gives him a massive melodic range, from the funky twang of the ‘I’m Running’ riff, to the brutal low-end grooves of the title track and ‘Almost Like Love’.

The 1983 Yes album 90125 is also full of great Squire moments (with mostly regular tuning this time), from the catchy riff underpinning ‘It Could Happen To You’ to the flanger freakout ‘Cinema’ and rifftastic ‘City Of Love’. He really extended the Paul McCartney melodic bass concept into exciting new territories.

Sadly, sometimes it takes a great player’s passing to spur you on to check out music that has thus far escaped you, so the 1980 album Drama is my latest discovery. The lead-off track ‘Machine Messiah’ and ‘Does It Really Happen’ are chock-full of classic Squire moments and I’m sure loads more will reveal themselves. I must also investigate his short-lived project XYZ alongside Jimmy Page and Robert Plant.

By all accounts, Chris was a great and totally unique character too. RIP to a definite lord of the low end.

Leave a Reply to KamerTunesBlog (by Rich Kamerman) Cancel reply