Weird doesn’t cover it. We hear tape spooling around the reels and the machine being turned on, followed by drummer Dennis Davis whirling around a football rattle and counting us in in his best Cyborg voice. After this, Robert Fripp’s deranged solo and Michi Hirota’s strident Japanese outbursts sound almost normal.

A whole generation of pop kids hadn’t heard anything like this before, and yet somehow it bears repeated listening. It’s just as fresh and original as anything The Small Faces or The Beatles tried 20 years before and arguably started off the whole ‘intro’ concept on hip-hop albums.

In musical theatre, I believe it’s called an overture. This bombastic piece previews many of the themes that will reverberate through the album. Tony Banks’ keys and Phil’s drums have seldom sounded brighter or tighter.

This classic piece of bunny-boiler house is funny and arresting (sorry about the sound quality).

Watch that volume dial. The underrated four-piece jolt you out of complacency with a flashy, these-go-to-11 opener. Audacious and very un-English.

Another moody classic. A brooding Oberheim bass-throb, a fudged Andy Summers chord, a hint of click track and then that brilliant, patented half-time groove. This full-length version hints at the darker themes of the lyric.

Hope you enjoy our new direction (though Little Creatures is probably my least favourite Heads album). Leaving behind the art-funk of Speaking In Tongues, this sprightly opener introduces a new stripped-down pop sound in no uncertain terms. 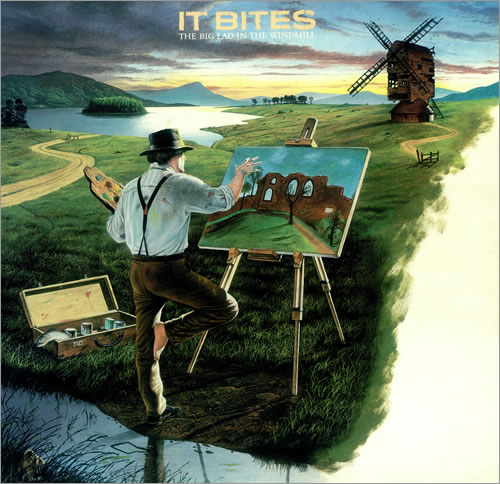 In the slipstream of Live Aid, when Stock, Aitken and Waterman ruled the charts, house and techno were warming up and ‘indie’ (Housemartins, Smiths, Cure) was thriving, this gifted pop/prog four-piece from Cumbria crept under the radar and even managed to secure a big hit with their second single ‘Calling All The Heroes’.

It Bites wore their influences right on their sleeve – Gabriel-era Genesis, Weather Report, Yes, Japan, George Benson – but somehow mixed them all up to create an excellent debut and minor hit album.

My mate Nige and I loved The Big Lad. The soundtrack to our after-school games of pool would either be Sting’s Bring On The Night or this, and I quickly grew to love its pristine production, challenging song structures, brilliant guitar playing and cool chord sequences. As a teenager, I’d listen to it on my Walkman very loudly while studying the enigmatic cover art or reading Stephen King’s Christine… What larks. 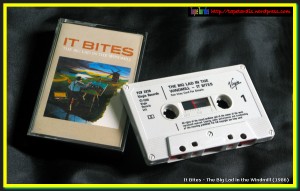 Singer/guitarist Francis Dunnery once labelled The Big Lad ‘nutter’s music’, an apt description when you listen to songs like ‘Turn Me Loose’ and ‘I Got You’ which are almost pop but then pull the carpet from under your feet with bizarre, brilliant, extravagant middle sections and Dunnery’s off-mic vocal histrionics.

It Bites’ early career as a souped-up pop covers band has served them well – melody and groove are their priorities, and they were always a superb live act.

Dunnery was (and is) also a very underrated Brit guitar hero whose playing could consistently deliver the sound of surprise with fluid legato, furious speed picking, dissonant intervals and whammy-bar abandon. His solo on ‘You’ll Never Go To Heaven’ is a thrilling marriage of Allan Holdsworth and John McLaughlin and one of the great bits of over-the-top playing in Brit Rock, and he also delivered marvellously insane breaks on the Michael Jackson-meets-Duran Duran ‘Wanna Shout’ and barmy soft-rock ballad ‘Cold, Tired and Hungry’. Also worth checking out is B-side ‘Strange But True’ which, in its full version, becomes a vehicle for Dunnery’s increasingly demented solos.

‘Calling All The Heroes’ is actually a pretty good distillation of It Bites’ sound with Bob Dalton’s ingenious ‘reverse’ tom fills, Dunnery’s yelping vocals and excellent melodies, John Beck’s intricate keyboards and Dick Nolan’s super-tight bass playing. It was their only big hit though; other singles ‘All In Red’ and ‘Whole New World’ were catchy pop tunes with interesting instrumental flourishes and inventive vocal harmonies but neither troubled the charts.

The music magazines of the time generally ignored It Bites. If they did get a mention, it was generally to mock their unfashionably-superb musicianship or lack of London street-cred. I remember Dunnery making an emotional pre-song announcement onstage at a London Astoria gig in 1988 lambasting the ‘trendy’ music press.

The Big Lad wasn’t a huge hit but did just well enough, peaking at number 35 in the UK album charts. It Bites were up and running and their best was yet to come.