The exquisite Brilliant Trees, released in July 1984, is one of those collections that I must have owned on almost every format over the years, and probably bought a few times on each.

A period of extreme introspection and even depression descended upon Sylvian following the split of Japan in late 1982.

Although his relationship with Mick Karn’s ex Yuka Fujii (who took the photos in the stylish Brilliant Trees album package) was largely thought to be the main catalyst, it still represented for Sylvian a distressing rupture of childhood friendships.

He later claimed that he could barely stay awake during this period, so degraded were his immune system and emotional reserves.

Brilliant Trees is very much an album of two sides. The opener ‘Pulling Punches’ is a sweetener, an effective but unrepresentative slice of white funk featuring NYC sessioneers Wayne Braithwaite and Ronnie Drayton on bass and guitar. The nearest thing to the Tin Drum sound, there’s nothing remotely like it on the rest of the album.

What a treat to hear Kenny Wheeler and Mark Isham’s flugelhorn/trumpet breaks on the classic singles ‘Ink In The Well’ (UK #36) and ‘Red Guitar’ (UK #17). Side two is a different matter altogether – it’s dark, foreboding, autumnal.

‘Backwater’ begins with a powerful build up of (sampled?) strings (and check out Jansen’s inspired groove, a queasy 6/4 over a very strange programmed shaker pattern), while the almost hymnal title track is beautifully performed by Sylvian and adorned with a gorgeous ethno-jam outro.

Listening 30 years on, what strikes one is the minimalist nature of the whole album. It has dated remarkably well. Many tracks are built around a cyclical Jansen groove, sparse bass, strong Sylvian melody and then tasteful, painterly touches from clean guitar, piano, Dictaphone or synth.

This stunning collection set in motion a superb four-album run of form for Sylvian. Brilliant Trees is an almost-perfect blend of songcraft and the avant-garde at a time when pop was drawing on jazz, ambient and world music to occasionally spectacular – and commercial – effect (the album reached #4 in the UK charts and sold over 100,000 copies). You might say things were never quite the same again. 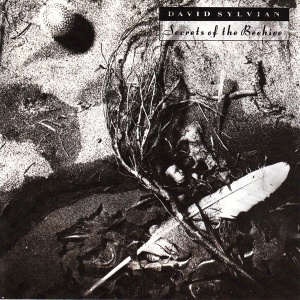 And so we come to the ultimate autumn album and the closing chapter of an incredible run of form for the ex-Japan singer, songwriter and multi-instrumentalist.

Each song is memorable, with its own specific mood and soundworld. Space and melody are the key commodoties. Arrangements are kept as simple as possible. If Sylvian can accompany his voice with just double bass and occasional piano, acoustic guitar or percussion – as on ‘Mother And Child’ – he does so.

Some may find this minimalism disconcerting; I certainly did back in 1987, at least compared to the rich musical stew of Gone To Earth. But the sparseness also makes it timeless. Secrets is an album to live with.

But Ryuichi Sakamato is a mainstay of the album and man of the match, contributing piano, organ and beguiling string/woodwind arrangements.

Sylvian’s detractors may label him ‘poet laureate of depressives’ but lyrically he goes way beyond ‘depression’ here. This is an unashamedly serious, ‘pre-irony’ album; many probably recoil from that too.

‘The Boy With The Gun’ is a controversial and eerily relevant character study. ‘Maria’ and ‘The Devil’s Own’ are genuinely spooky and quintessentially gothic.

‘Let The Happiness In’ initially comes across as a two-chord dirge – it took me about 15 years to really appreciate it – but becomes an affecting song about hope against all the odds. A brave choice of lead-off single, it crawled to #66 in the UK chart.

Second single ‘Orpheus’ didn’t chart at all but is no less than a late-’80s masterpiece featuring a gorgeous string arrangement from Brian Gascoigne. ‘September’ and ‘Waterfront’ are milestones in orchestral pop.

Secrets scraped into the UK top 40 at #37 – where it stayed for one week. It marked the end of Sylvian’s pop career. He would wait 12 years to release another solo album.

By the release of The Colour Of Spring, there was barely any trace of Talk Talk’s previous synth-pop incarnation. Out went the Duran Duran, in came the Debussy, Traffic and Satie.

Instrumentation was generally centred around acoustic piano, acoustic guitar, Hammond organ, electric bass and drums, with the addition of quirky items like the Variophon, Mellotron, melodica, harp and dobro.

The opening 16 bars of the majestic, haunting ‘Happiness Is Easy’, a winning combination of man and machine (Lee Harris’s drums and a nifty bit of programming, followed a little later by Martin Ditcham and Morris Pert’s percussives) is surely one of the great album intros of the ‘80s. It hooked this writer immediately back in 1986.

The 1980s were full of albums whose big-name guest spots barely made a mark on the music. Not The Colour Of Spring; the session players are chosen with the precision of a good movie casting director.

‘I Don’t Believe In You’, a left turn into doomy, atmospheric rock, features one of the great guitar solos by Robbie McIntosh. David Rhodes’ deliciously swampy lick, with minor but important amendments, holds ‘Life’s What You Make It’ together.

Double bassist Danny Thompson’s tone is immediately recognisable on ‘Happiness Is Easy’, before ex-Average White Band man Alan Gorrie brings in some light funk for the piece’s second half.

Steve Winwood also adds some tasty Hammond to three tracks, while Friese-Green’s piano on ‘April 5th’ even brings to mind the great Bill Evans. We must also acknowledge James Marsh’s exquisite cover artwork, an auspicious start to his triptych of TT album designs.

Though to my ears The Colour Of Spring tails off around the middle of side two, the album was a hit, reaching #8 in the UK chart and #50 in the US, while ‘Life’s What You Make It’ remains one of the most original singles of the mid-‘80s.

Next stop was the post-rock magnum opus Spirit Of Eden – the retreat from pop would be almost complete.

Mike's Take On the Movies