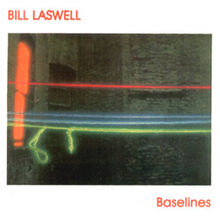 Bill Laswell has carved out one of the most critic-proof careers in music.

He was the Miles Davis Estate’s go-to man for reimagining the trumpeter’s 1970s catalogue (Panthalassa) and also hugely important for bringing the P-funk sound into the ’80s and ’90s.

But Laswell is also a highly-original bassist in his own right and was a key figure of the late-’70s/early-’80s Downtown New York scene, featuring in bands like Massacre, Last Exit and Material (though he was pretty disparaging about the ‘scene’, once telling writer Bill Milkowski: ‘There never really was a Downtown community. All that means is that people don’t have enough money to get a better place to live…’).

His solo career has been interesting too, latterly showcasing a fusion of ambient, world and dub styles. But it’s his debut album Baselines (released 14th June 1983 on Elektra/Asylum) that really floats my boat. He plays a lot more bass than usual, fusing the soundworlds of Bootsy and Ornette Coleman and doing cool things like sticking objects under the strings or digging out the old Mu-Tron pedal for some memorably funky lines.

To these ears, Baselines is also the project that gave him the perfect vehicle for all his interests – My Life In The Bush Of Ghosts-style found sounds, paranoid funk a la Talking Heads/King Crimson, Afrobeat, early hip-hop, avant-fusion, authentic jazz soloing and even post-punk white noise courtesy of future Chili Peppers/Marilyn Manson/Soundgarden producer Michael Beinhorn.

I wasn’t in New York in 1983 but this album would seem to be a perfect amalgam of all the hippest sh*t that was going down at the time. It’s always totally Laswell’s show, leading from the front on four/six/eight-string fretted and fretless basses and generally keeping the tracks short and sweet. Baselines is also beautifully recorded and produced – it’s easy on the ear despite some abrasive textures.

Baselines was certainly influential from a bass point of view too – you can bet Jah Wobble, Mick Karn, Stump and Human Chain had well-thumbed copies in their collections. But, to the best of my knowledge, Laswell has never returned to such a bass-led solo project since. A shame. He might have a future there… 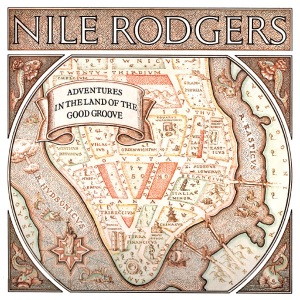 New York City, autumn 1982. The Big Apple music scene is in a period of transition. New Wave and No Wave have been replaced by Mutant Disco and Punk/Funk, Madonna is planning her assault on the charts in dance studios and rehearsal rooms around Manhattan, major record labels are flirting with the harmolodic jazz/rock/funk of James Blood Ulmer, Miles Davis’s comeback is getting into its stride despite his continuing ill health and Hip-Hop is flourishing into a fully-fledged movement.

Meanwhile, Nile Rodgers is reaching a crossroads. Confidence is low; his band Chic have seemingly become passé (a very Chic word) with recent albums Tongue In Chic and Take It Off failing to set the charts alight. They are still seen as a disco act even though their music increasingly embraces jazz, funk, R’n’B and even early hip-hop. 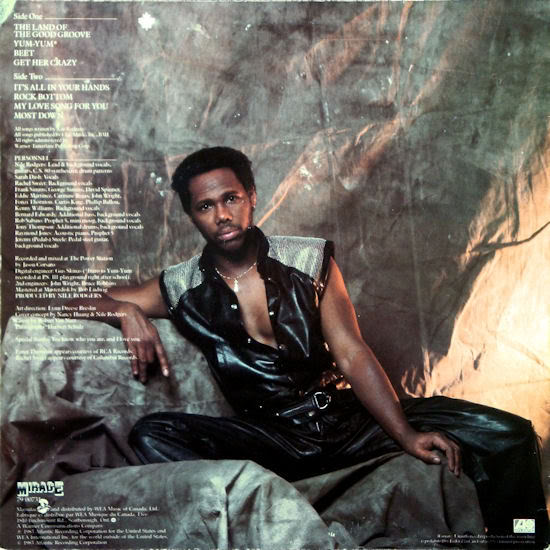 The good news is that Rodgers has been given the green light to make his first solo album. But Adventures In The Land Of The Good Groove is not the record Chic fans are expecting from him. No female singers are featured (apart from a brief appearance by ex-Supremes/Labelle vocalist Sarah Dash) and the Chic rhythm section Bernard Edwards and Tony Thompson only appear on three tracks out of eight.

The album sounds far more stripped down than Chic, relying heavily on early drum machines, Rodgers’ guitar playing and his surprisingly effective, relatively downbeat vocals. Lyrically, the album focuses on debauched NYC nightlife rather than the faded glamour of the Chic aesthetic.

But there are many treats inside. I loved this album from the day my dad played it to me in the mid-’80s. I came to it completely fresh; I’d never heard Chic before. But I possibly recognised something of Nile’s soundworld from Bowie’s Let’s Dance album which everyone dug.

I think of Rodgers as something akin to the Thelonious Monk of funk – he’s almost gregarious in his desire to entertain (to paraphrase Gary Giddins). He took the James Brown rhythm method and added jazz harmony and contemporary technology to create some of the great music of the ’80s.

‘Rock Bottom’ puts dark lyrics to a burning funk/rock groove complete with one of Edwards’ finest basslines and a raucous Rodgers guitar solo that gives Stevie Ray Vaughan a run for his money (and pre-empts Vaughan’s playing on Let’s Dance).

‘My Love Song For You’ is the aforementioned duet with Sarah Dash, a classic Rodgers slow-burn ballad with jazzy chord changes, some almost Ellingtonian piano by Raymond Jones and a tantalising middle eight. The title track, ‘Yum Yum’, ‘Most Down’ and ‘Get Her Crazy’ are glorious Afro-funk chants with inventive back-up vocals by the Simms brothers and some typically slamming Rodgers guitar.

Adventures In The Land Of The Good Groove is a fascinating companion piece to Let’s Dance, though Rodgers claims in his book ‘Le Freak’ that on completion he immediately knew it was a ‘flop’, neither commercial nor innovative enough to make an impact. Bowie disagreed. Smash Hits magazine did too; they gave it a 10/10 review!

Certainly it may seem uncommercial compared to Chic smashes like ‘Good Times’ and ‘Le Freak’ but tracks like ‘Yum Yum’ and ‘Most Down’ surely wouldn’t have sounded out of place on the Black stations of the early ’80s that were playing Prince, The Time or Zapp.

Nile released one more solo album in the ’80s, the intermittently effective B-Movie Matinee, but it lacked the minimalist power of the underrated AITLOTGG. It’s long overdue a reassessment.