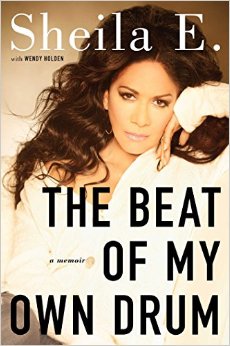 Considering he was such a huge star and cultural icon, it’s surprising that Prince’s eventful life and sad death has yet spawned so few ‘kiss and tell’ memoirs.

Let’s hope it stays that way. But while his long-time musical partner and one-time fiancée Sheila E certainly doesn’t shy away from sharing her memories of him in her fine autobiography ‘The Beat Of My Own Drum’ (co-written with Wendy Holden), those recollections form only a small part of a very rich, diverse collection of portraits.

But while there are plenty of tasty music biz anecdotes, the book also provides a fascinating portrait of growing up in a mixed-race family (her mother is African-American and father Mexican) in a less-than-salubrious section of Oakland, California.

Sheila paints a rich picture of a seemingly happy childhood based around music, dancing, sports (she is apparently a pretty useful football player), charity and community, with shared cultural references such as The Carpenters (Sheila was hugely inspired by seeing Karen on the TV), Sly and the Family Stone and The Jackson 5, though there also some racial tensions around too.

But then the book goes in a completely different, unexpectedly harrowing direction when she chronicles the sexual abuse suffered as a young girl at the hands of several cousins. The section rivals James Rhodes’ recent book ‘Instrumental’ in its shocking candour.

Thankfully, if anything, the abuse drives her ambition rather than beats her down, though she admits to seeing it as a dark secret that clouds the rest of her life.

There are fascinating anecdotes about travelling to Colombia at the age of just 15 to play percussion with the Latin/fusion supergroup Azteca. Cobham, Duke and Gaye are mainly described in glowing terms, almost as father figures, and she is unexpectedly candid about her romantic and musical infatuations with Santana. There’s also a hilariously mismanaged backstage ‘meeting’ with Diana Ross.

But it’s easy to forget just how unique Sheila’s talent was in the 1980s when she made it as a ‘pop star’. We had never seen a percussionist/singer/dancer triple-threat before, as she herself points out, and Latin celebrities were very rare.

This pop period is grippingly covered in the book, with tales of disastrous video shoots, crazy tour schedules and much celebrity hobnobbing. Escovedo also very nicely juggles the spicy anecdotes with some genuine, intelligent advice for the modern musician, and just enough technical stuff about playing drums and percussion too.

Sheila also discusses her project Elevate Hope Foundation which focuses on music therapy for victims of child abuse, a noble and important program which continues to go from strength to strength.

So if the last quarter of ‘The Beat Of My Drum’ reads more like a self-help book than a famous musician’s autobiography, we can surely cut her some slack. Highly recommended. 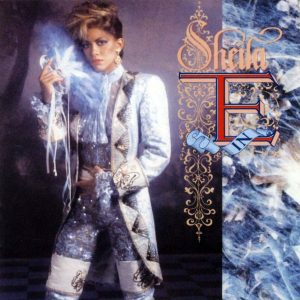 The music biz is littered with successful solo artists who were tempted out from behind the drum kit. Marvin Gaye, Teddy Pendergrass, Phil Collins, Karen Carpenter, Dave Grohl, Frank Zappa and Iggy Pop all graduated from the engine room to centre stage.

But while Sheila has never been on that level in terms of record sales or cultural impact (though trumps all of them in terms of drumming chops), her transition from sidewoman to frontwoman led to a couple of really infectious, interesting albums in the mid-’80s.

She had an enviable CV long before going solo, including percussion work with Billy Cobham, Herbie Hancock, Marvin, George Duke and Diana Ross. Prince and Sheila were a similar age and had followed each other’s careers since the late-’70s. When he tasted his first mainstream success and was looking to mentor new artists, she was top of the list.

But its follow-up, Sheila E In Romance 1600, was a far more expansive and experimental piece, even though recording sessions were squeezed in on days off during the Purple Rain Tour between December 1984 and January 1985.

Despite Sheila’s obvious musical pedigree, Romance 1600‘s liner notes and song credits are misleading – this is a Prince album in all but name. According to biographer Per Nilsen (and as listed at the ASCAP offices), he wrote all the tracks here bar one (kicking Latin/fusion instrumental ‘Merci For The Speed Of A Clown In Summer’) and played all instruments except drums, percussion and sax.

But lucky for us, Romance 1600 was recorded smack-bang in the middle of his golden period and features some of Prince’s finest performances as a musician. His guitar solos on ‘Dear Michelangelo’ and ‘A Love Bizarre’ are simply tremendous, the latter throwing in some ridiculous bass too.

But Sheila also brings out the best in him. There’s much more humour here than on his own albums of the period. She turns in some hilariously hammy vocal performances on ‘Sister Fate’, ‘Toy Box’ and dramatic ballad ‘Bedtime Story’.

Sheila and Prince were having a lot of fun and you can hear the results. Sometimes the rushed nature of the recording shows, though – the mix is very murky and the album is short of a few memorable pop hooks. 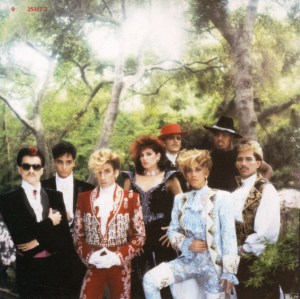 Prince’s ‘movie’ concept was in full effect here. He was leaving behind the ‘street’ style of Vanity 6/Purple Rain/The Time and embracing a romantic, ‘Amadeus’-influenced image which also crossed over into The Family project and his Parade album.

Thinking of Romance 1600 as a movie also opened up the album musically, allowing Sheila and Prince to embrace jazz (‘Yellow’), fusion, wacky synth-pop (the title track), Latin and even Third Stream.

This eclectic outlook was no doubt also influenced by his Revolution bandmates Wendy and Lisa.

Sheila E In Romance 1600 was a reasonable hit, going gold in the US and reaching number 50 on the Billboard chart, no doubt helped by the success of the ‘Love Bizarre’ single (US number 11). Sheila toured the US for the second time in two years.

She followed up Romance 1600 with a disappointingly bland self-titled album in 1987, which featured far less contribution from Prince. More successfully, she played some fantastic drums on the Sign ‘O’ The Times and Lovesexy tours.