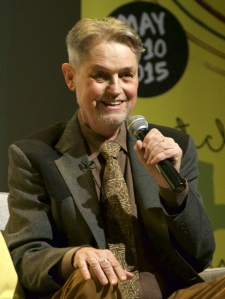 Reading obituaries of director Jonathan Demme, who has died from cancer aged 73, it struck me how many memorable scenes his films spawned.

When Demme broke into Hollywood he never lost sight of his early exploitation influences and zany sense of humour; even ‘serious’ fare like ‘Silence Of The Lambs’ and ‘Philadelphia’ was hijacked by sundry in-jokes and bizarro guest stars including Corman, Chris Isaak and George A Romero.

Demme’s sets were famous for being fun places to work, and that’s borne out by the bonhomie and improvisatory vibe present in many of his films.

He was clearly a friend of musicians, frequently using music in his movies as symbol of collaboration or even spiritual release (writer David Bowman memorably described ‘Stop Making Sense’ as ‘a three-act play documenting the spiritual journey of a hapless white guy trying to “get down”’!).

Apparently Demme sat down with each original member of Talking Heads before filming ‘Stop Making Sense’ and asked them, ‘How do you see me doing this?’ It’s hard to imagine Brian De Palma doing that.

As a live-music documentarian, Demme let the viewer get to know each performer as if they were a character in a movie with the use of long, lingering shots, a world away from the clichéd, fast-cutting MTV style.

So, in tribute to a modern master, here are a few memorable moments from Demme films, in chronological order: