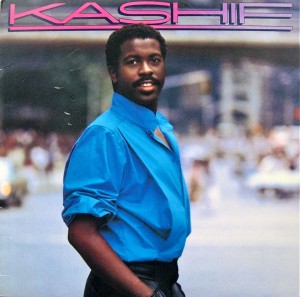 Peaking between 1983 and 1985, the digital funk sound took the base elements from early pioneers James Brown, The Isley Brothers and Sly and the Family Stone and combined them with the new studio technology of the early ’80s.

The resulting sound is instantly recognisable and an influence on everyone from Beck and Bruno Mars to Daft Punk and Mark Ronson. Here are 11 tracks that still retain the wow factor. Play ’em loud…

Roger Troutman took the key elements of George Clinton/Bernie Worrell’s P-Funk template (squelchy synth bass, solid drums, clipped rhythm guitar) and stripped them back to their bare essentials, creating this classic single which made the Billboard top 100 in 1980.

Later covered by Robert Palmer, ‘You Are In My System’ was the trademark track by the New York outfit comprising Mic Murphy on vocals and David Frank on keyboards and programming. If the opening minute of this doesn’t make you move, you’re probably dead…

This was former ABC drummer David Palmer’s bid for solo pop stardom after jumping ship from the ‘Lexicon Of Love’ tour. Produced by David Frank, it’s catchy and beautifully arranged but lacks a decent vocalist and didn’t dent the charts on its 1983 single release.

This has more than a whiff of Luther’s ‘Never Too Much’ about it, but it was also a major influence on Scritti Politti (see below). Kashif released five studio albums between ’83 and ’89 and worked with Whitney Houston and George Benson before his death in 2016.

The corking title track from their last studio album of the ’80s which received a critical mauling at the time. It sounds pretty fresh these days though maybe lacks the killer pop hooks that categorised their most successful work.

Arif Mardin produced this classic single which made #10 in the UK chart in March 1984.

Best known as keyboard player for Grace Jones and Level 42, Badarou also scored movies (‘Kiss Of The Spiderwoman’) and came up with this classic Afrocentric take on the digital funk sound.

Obviously at the commercial end of the sound, this reached the giddy heights of #13 in the UK singles chart and was all held together by a superb performance by Ron Jennings on guitar.

Overfamiliar it may be, but this Prince-penned epic is undeniably the commercial apotheosis of the digital funk sound. The famous opening was apparently a total mistake, producer Arif Mardin getting trigger-happy with the sampler. Chaka was not amused and wanted it erased, but Mardin insisted on keeping it, telling her: ‘Don’t worry, my dear, it will be a hit.’ A hit it was, the only #1 of her career. 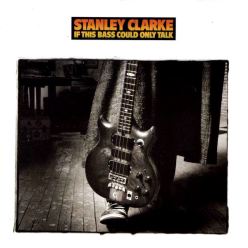 This album was a substantial breath of fresh air when it came out in 1988. I remember walking into Our Price and hearing Wayne Shorter’s majestic soprano sax over some swooning chord changes and thinking: ‘What the hell is this?!’

It was a relief and total surprise when it turned out to be Stanley’s cover of Mingus’s ‘Goodbye Pork Pie Hat’ (and what a brave choice of track to play in the shop…).

It wasn’t just the Baby Boom rockers who struggled a bit during the 1980s. Stanley started the decade very well with Rocks Pebbles & Sand but then there were a few middling collaborations with George Duke and a very patchy run of albums: Let Me Know You, Time Exposure and Hideaway. 1985’s Find Out had some brilliant moments though.

But ITBCOT put Stanley back on the jazz map. Its full-on playing – with admittedly a few late-’80s production values in tow – brought to mind classic ’70s albums Journey To Love and School Days. Drum machines were out: drummers were back in (Ndugu Chancler, John Robinson, Gerry Brown and Stewart Copeland, all of whom play beautifully).

The album also emphasised how much of a singular voice Clarke had now developed on piccolo bass, as distinctive on his instrument as Parker, Miles, Monk or Rollins were on theirs.

Gerry Brown stays toe-to-toe with Stanley, providing some spectacularly-unhinged drums, though maybe with a bit too much ’80s ‘gated’ snare for some ears.

My cassette copy of ITBCOT didn’t have any personnel listed on it, so when I first heard ‘Stories To Tell’ I didn’t realise I was getting my first exposure to the extraordinary guitar playing of Allan Holdsworth.

I’m very thankful that Stanley unleashed Holdsworth onto my sensibilities. He delivers some remarkably-fluid playing with a shrill, almost reedy tone. The first and last four bars of his solo are really special. Copeland plays superbly too, with more restraint than usual.

Freddie Hubbard shines on a fine cover of Janet Jackson/Jam and Lewis’s ‘Funny How Time Flies (When You’re Having Fun)’ while Stanley brings the funk with a great take-off of Zapp’s Roger Troutman on ‘I Want To Play For You’.

Elsewhere there are two fun but rather dispensable duets with tapdancer Gregory Hines but they don’t outstay their welcome. Finally, ‘Tradition’ may feature Stanley’s finest recorded playing bar none and highlights a strong John McLaughlin influence (via Coltrane, of course).

In a much-maligned genre of music, ’80s fusion, ITBCOT is a minor classic that deserves critical reappraisal. It also led to a really good period for Stanley – he joined Shorter in Lenny White’s short-lived but intriguing Manhattan Project, and also toured as part of a supergroup with Herbie Hancock, Shorter and Omar Hakim.

We come to another of my absolute ’80s favourites. Cupid is also one of those rare ‘classic’ albums that, despite big sales and critical appreciation, at the time of writing is still inexplicably awaiting a re-release/remaster.

Listening again to Cupid 30 years after its release, I wonder if it sounds very dated to modern ears.

Whilst it unabashedly utilised all manner of mid-’80s technology (Fairlight, drum machines, sequencers), I don’t really ‘hear’ those elements any more.

All I hear is top-notch songwriting, intriguing and intelligent lyrics, great grooves and Green’s unique vocals.

Cupid hit me at exactly the right age; it was the soundtrack to endless summer evenings, teenage crushes, adolescent musings.

Though Scritti leader/vocalist/co-songwriter Green Gartside left behind his post-punk roots and the ‘indie’ sound of his Rough Trade debut album Songs To Remember to create this major-label debut, Cupid certainly had antecedents: Green and keyboardist/co-composer David Gamson revered the highly-syncopated R’n’B/electro of The System, Chaka Khan, ZAPP and Michael Jackson, but they added some classic pop songcraft and intricate harmony.

As he told WORD magazine in 2006, ‘The American labels were all tickled pink by these big NME interviews we did and that loosened their wallets. Bob and I were terribly persuasive as to why they should part with vast sums so we could make a record.’

Legendary Aretha/Chaka producer Arif Mardin came on board as did a raft of quality players such as Marcus Miller, Steve Ferrone, David (The System) Frank, Robbie Buchanan, Robert Quine and Paul Jackson Jr.

But Green apparently turned out to be more of a perfectionist than any of them: ‘It took us a great deal of time to get our bits right and my anxiety about singing was pretty acute. I would demand to sing things over and over again and I’m not sure I ever got it better than the first time.’

The John Potoker remix of ‘Perfect Way’ (far superior to the album version) even became a massive hit in the States, reaching 11 on the Billboard Hot 100 and pushing worldwide sales of the album over the million mark.

While ‘Don’t Work That Hard’ and ‘Lover To Fall’ might be deemed ‘filler’, they easily transcend that label by dint of their sprightly grooves and sheer catchiness.

The beautiful ‘A Little Knowledge’ showed that Green and Gamson were on the same page as Prefab’s Paddy McAloon when it came to sumptuous, intelligent romantic ballads in the mid-’80s, and the track is a great companion piece to ‘When Love Breaks Down’.

Post-Cupid, Green and Gamson booked and then cancelled a world tour (they were apparently visited in the studio by MTV executives who told them, ‘Just think, you’ll never have to tour again!’), wrote songs for Al Jarreau and Chaka Khan, made friends with Miles (who covered ‘Perfect Way’ on Tutu), hung out with George Michael at various London nightspots, embarked on a year of press in America to cash in on the success of ‘Perfect Way’ and then reluctantly hit the studios of New York and London to record the follow-up Provision.

I first became aware of Marcus when I saw him playing bass with Miles Davis at the trumpeter’s Hammersmith Odeon ‘comeback’ gig in ’82.

He quickly became one of my bass heroes a few years later when I was bowled over by his contribution to Miles’ Star People album.

Marcus’s name came up again recently when I was talking to someone about great multi-instrumentalists. In the soul/funk/R’n’B world, obviously there’s Stevie, Prince, Lewis Taylor and Sly.

Marcus’s 1983 debut Suddenly almost puts him up there with that esteemed company too, though in the final analysis it suffers from a lack of top-quality material.

Marcus has put it on record that he was first inspired to play music by Michael Jackson and Stevie, and Suddenly was his first attempt to enter their world of quality soul/funk/R’n’B songwriting.

You can hear elements of ZAPP, Gap Band, The Time and Cameo on Suddenly, and if Marcus doesn’t quite establish himself as a genuine ’80s funk contender, there are a myriad of great grooves and musical touches to enjoy.

He pretty much plays all instruments, getting in selected guests (drummers Harvey Mason and Yogi Horton, Vandross, Sanborn, Mike Mainieri) to add spice here and there.

By his own admission, Marcus is not a great singer, his voice rather light and uncertain, but his bass and keyboard playing, songwriting and arranging really save the day.

‘Lovin’ You’ is uplifting pop/funk with a classic bassline, while ‘Just What I Needed’ features some great Richard Tee-like, gospel-tinged piano from Marcus. And his piccolo bass solo on ‘Much Too Much’ had me checking the sleevenotes in vain for the presence of late great guitarist Eric Gale.

‘Just For You’ was previously recorded by David Sanborn on the classic Voyeur album, but here it gets a nice new vocal treatment.

It’s telling though that the closing instrumental ‘Could It Be You’ is by far the most successful track, featuring Miller’s fabulous fretless bass solo. It was later covered excellently by Dizzy Gillespie on his 1984 Closer To The Source album.