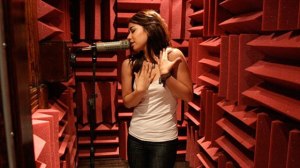 It’s fair to say that the 1980s spawned more than a few overproduced records. Certainly in the second half of the decade, itchy-fingered knob-twiddlers were very quick to swamp a track with all the latest technical gizmos.

But it’s also a producer’s job to get the best out of the musicians and singers he/she is working with, and to that extent the 1980s produced a surprising amount of suspect vocal performances.

Producers often claim that a ‘pitchy’ vocal is acceptable if the emotional force is there, but sometimes you just have to say: ‘Let’s try that one again’ (apparently rarely a problem for one-take masters David Bowie, Aretha Franklin and Billy Mackenzie, though the latter would insist on endless retakes, driving many collaborators to distraction). And there was a lot of money floating about in the ’80s so we can’t really blame time or budget pressures.

Maybe it’s the timbre, maybe it’s the pitching, but there’s just something so wrong about the vocals on this huge hit that drove many to distraction in 1988.

Where to begin? The whole song sounds pretty out-of-tune to me…

4. The Eurythmics: There Must Be An Angel (Playing With My Heart)

This is a weird one. Of course Annie is a fantastic singer, but virtually the whole middle eight sounds just ‘out’ to my ears. The fact that her voice is so high in the mix doesn’t help.

Morrissey was always on the verge of a bum note, often in a good way, but this pushes it way too far.

2. Bette Midler: Wind Beneath My Wings

Another toe-curling vocal, particularly the ‘ad-libs’ towards the end.

1. The Communards: Don’t Leave Me This Way