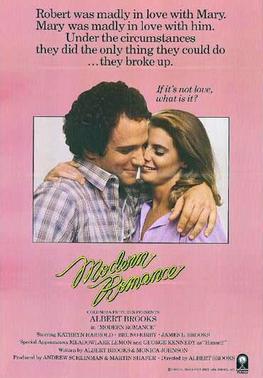 It might seem a bit churlish to say about a guy who’s co-written/directed seven movies and received a Best Supporting Actor Oscar nomination (for ‘Broadcast News’) that it never quite happened for Albert Brooks the way it did for some of his contemporaries.

But somehow he has always seemed too niche for widespread popularity. His always-intelligent, nervy schtick is like a West Coast version of Woody Allen’s, but his comic bedfellows are probably Garry Shandling and Larry David rather than Allen and Diane Keaton.

‘Modern Romance’ was Brooks’ superb second film as co-writer/director, and it’s kind of an extended, darker episode of ‘Curb Your Enthusiasm’. I caught it completely by chance on Channel Four in the mid-’90s and am grateful I captured it on VHS because it seems almost impossible to find these days.

Watching it again, the movie it most reminded me of is ‘Groundhog Day’. Brooks plays Robert Cole, an amiable if somewhat self-serving film editor stuck in a kind of romantic ‘loop’, endlessly playing out his on/off relationship with talented, gorgeous but hard-to-know Mary, portrayed by the excellent Kathryn Harrold. 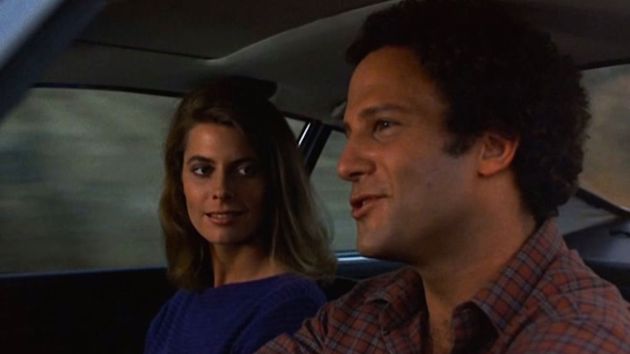 So Robert dumps Mary (yet again) at the beginning of the movie and tries (yet again?) to embrace the new romantic ‘rules’ of the Me Decade, taking up jogging, health supplements and blind dates. But nothing works. He just can’t seem to get comfortable. Why? Is he really meant to be with Mary? Or is it that he just can’t assuage his loneliness and modern ennui? The movie explores the options with amusing, thought-provoking results. 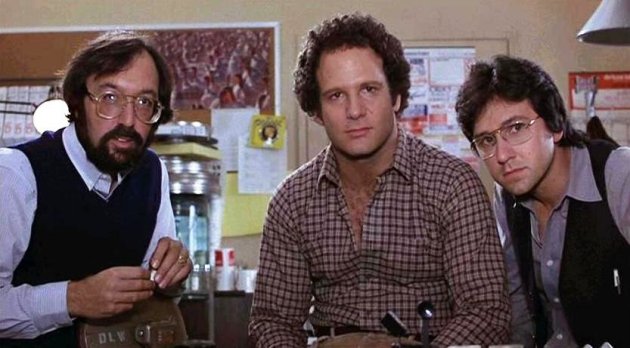 Modern Romance’ also makes for a pithy Hollywood pastiche. Robert’s day job consists of editing a cheapo ‘Star Wars’ rip-off, pitting him against bored techies, unpredictable directors and egotistical character actors. The irony, of course, is that we know Robert is capable of much more, but he seems to have some kind of tragic flaw. He’s an ’80s version of Bobby Dupea, Jack Nicholson’s character in ‘Five Easy Pieces’.

The other thing about ‘Modern Romance’ is that it’s very quiet. Compared to modern comedies, it’s positively moribund. Brooks spends a lot of time alone, talking to himself. He makes stoned phone calls, goes jogging, drives around drab, deserted LA locations (but of course they look pretty glamorous to me, very Sanborn’s Hideaway and Steely’s ‘Glamour Profession’). There’s very little incidental music but there is a funny segue of heartbreak songs heard on a car radio.

It works as a quirky, neurotic, droll comedy, but ‘Modern Romance’ also lingers in the brain, revealing far more serious concepts. Why can’t Robert leave Mary alone and get on with his life? Or, as the trailer tagline so aptly puts it: if this is not love, what is it?