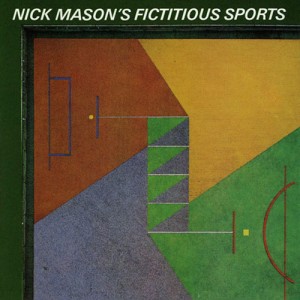 Who are the luckiest musicians in rock?

Nick Mason would probably have to be in that list too. But then you wonder if the Pink Floyd sticksman has hidden talents – after all, he’s produced the Damned, Robert Wyatt, Gong and Steve Hillage.

Good musicians seem to really like and respect him and he has always seemed one of rock’s gentlemen.

He was at it again in 1979 when he was offered a ‘vanity’ record deal during some Pink Floyd off-time. He didn’t have any particular plans, so asked esteemed jazz arranger/keyboardist Carla Bley if she could help out.

She had some songs prepared that she’d written for her punk band Penny Cillin And The Burning Sensations. Mason and Bley managed to quickly gather a rock snob’s dream team (Wyatt on vocals, Chris Spedding on guitar, cover designers Hipgnosis, record label Harvest) and record in Bley’s basement (Mason also apparently wanted Yul Brynner to be the singer, but he turned it down…).

It all led to his one and only solo album Fictitious Sports, eventually released in 1981. It’s a fascinating, intermittently brilliant project that borrows from art-pop, prog, new-wave rock and even musical theatre to produce something pretty original (hardly surprising if one delves into Bley’s ouevre with any depth).

On the superb, disquieting ‘I’m A Mineralist’, Wyatt rehearses a Peter Gabriel-style blanked-out vocal and Bley inserts some witty Philip Glass Einstein On The Beach-style tomfoolery and a few general pokes at minimalism.

And she doesn’t scrimp on the silly but menacing lyrics either: ‘Just the thought of ironing gives me spasms of lust’, ‘Mother used to try to meddle in my affairs’, etc…

‘Do Ya’ is a highly original, witty evocation of a crumbling relationship, reminiscent of something from Robert Fripp’s Exposure, with Wyatt sounding like he’s at the end of his tether. It could almost be the soundtrack to one of those Bruce Nauman man/woman video art pieces.

There are loads of other treats littered throughout, and even an odd Floyd/Kate Bush-style symphonic rock piece (‘Hot River’). Mason adroitly leaves the clever stuff to Bley, generally only picking up the sticks during the riff sections.

But it’s the best thing I’ve heard him do, with the exception of Syd-era Floyd. An interesting beginning – and end – to an almost fictitious solo career, and a great set for Robert Wyatt completists.