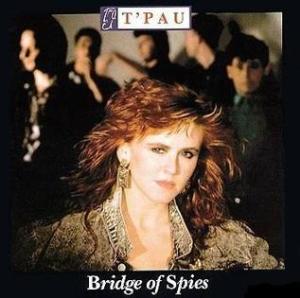 So it’s official: old music is hugely outselling new music. And vinyl is the most popular physical format again.

Go into a record shop and likely you’ll be stunned at the price of secondhand vinyl, not to mention new catalogue LPs that can cost up to 25 quid for a posh reissue.

All of which might amuse/surprise music fans of my vintage who kept hold of their record players through the years and spent the noughties digging around the vinyl discount stores, often picking up ‘esteemed’ albums for anything between 10p and a quid (the price of a postage stamp, for readers outside the UK).

So what were those 1980s vinyls that were/are ALWAYS in secondhand shops and, by extension, still ever-present in charity shops? And why were they always there?

Most smack of the impulse buy by people who get one album a year, or the ‘difficult’ follow-ups to a smash. Some are tainted by an almost ineffable naffness. Most were deemed surplus on vinyl once CD became the format of choice, and most are weirdly genre-less.

Stacked high/sold cheap, you’d think they’d be reissue-proof, never to be seen again. But not so fast: ‘deluxe’ editions of these are probably on their way to a shop/streaming service near you, or have already arrived…

U2: Rattle And Hum

Arcadia: So Red The Rose

Chris Rea: The Road To Hell

Fleetwood Mac: Tango In The Night

Fairground Attraction: The First Of A Million Kisses

Patti Labelle: Winner In You

Tears For Fears: Songs From The Big Chair

It’s highly unlikely that any critics’ poll of the greatest soul albums from the last 70 years would include anything from the 1980s, save possibly for a Diana, Anita Baker, Terence TD or Bobby Womack outlier.

There was the odd huge-selling ‘crossover’ album (Can’t Slow Down, Thriller, Whitney Houston) but arguably the decade didn’t produce a What’s Going On or Songs In The Key Of Life.

Classic soul fans generally became used to poor-to-middling album packages, with the requisite two or three-star reviews and complaints about too many producers and underwhelming material. The greats of the ’60s and ’70s also sometimes struggled to move with the times, getting hamstrung by technology and/or unsuitable collaborators.

But my goodness there were some superb tracks, particularly between 1980 and 1985, an interesting period when Classic Soul drew from Yacht Rock and Jazz/Funk. However, these songs tended to get quickly forgotten and/or ignored. In the late-’80s, ’90s and noughties, enterprising indie labels put together fondly-remembered compilations (Mastercuts, StreetSounds) that brought these tracks back for a small but very enthusiastic audience.

But the beauty of streaming services is that we can compile these beauties to create one sh*t-hot album, so I have, here. This has been my go-to playlist during lockdown. Forget the talent-show wannabees – these vocalists have serious pipes, and the songwriting and arrangements are top-class too. Here’s a small selection of lost classic soul tracks from the 1980s:

14. Johnny Gill: ‘Half Crazy’ (1985)
Co-written by legendary Philly wordsmith Linda Creed (‘Betcha By Golly Wow’, ‘People Make The World Go Round’), this was the lead-off track and first single from Gill’s second album and still sounds like a bona fide soul standard today. It was a long way from New Edition for Johnny, though he was just 18 years old when he recorded it. Scary…

13. Teena Marie: ‘My Dear Mr Gaye’ (1984)
Moving tribute to Marvin from the less-than-excellent album Starchild, featuring a string arrangement by Motown mainman Paul Riser and a groovy change of pace in the middle of the tune.

12. Carl Anderson: ‘Buttercup’ (1985)
Stevie Wonder-penned minor classic from a little-known vocalist who recorded many solo albums before his death in 2004, but was probably best known for his portrayal of Judas Iscariot in the Broadway and film versions of ‘Jesus Christ Superstar’.

10. Odyssey: ‘If You’re Lookin’ For A Way Out’ (1980)
Heartbreaking ballad written by Ralph Kotkov and superbly sung by Lillian Lopez. Made #6 in the UK singles chart.

9. Millie Jackson: ‘This Is It’ (1980)
Now THIS is how you kick off a soul album. A hilarious eight-minute tour-de-force that aims to get men squirming in their seats. Remarkably, it’s also officially a Kenny Loggins/Michael McDonald composition.

8. Chris Jasper: ‘Superbad’ (1987)
Great song from long-time keyboard player of The Isley Brothers. A socially-conscious lyric looking at the value of inner-city education and the kind of tune Stevie should have been producing in the mid-’80s.

6. Leon Ware: ‘Why I Came To California’ (1982)
Cool mixture of soul, jazz/funk and yacht rock, an ode to the West Coast with a top-drawer rhythm section of Chuck Rainey (bass) and James Gadson (drums) and vocals from Manhattan Transfer’s Janis Siegel. But who plays the great sax solo? Seems impossible to find out…

5. SOS Band: ‘Weekend Girl’ (1984)
More evidence that producing/songwriting team Jam & Lewis were going to be arguably THE musical force of the decade, a gorgeous, upwardly-mobile, mature ballad that has the same kind of grandeur as one of Chic’s slow-burners.

4. Patti Labelle: ‘If Only You Knew’ (1983)
Just…wow. Killer ballad co-written by Kenny Gamble and Dexter Wansel which reached #1 on the Billboard R’n’B chart. Super arrangement too, emphasised by the unexpected key change going into the first verse.

3. Bobby Womack: ‘Games’ (1983)
‘You see, I like all kinds of music – no favourites!’, Bobby proclaims at the beginning of this superb track, then demonstrates it with a lovely little nod to Wes Montgomery’s guitar style.

2. Phyllis Hyman: ‘Why Did You Turn Me On’ (1983)
A hint of Rod Temperton about this catchy Narada Michael Walden-penned mid-tempo smoocher, showcasing Hyman’s giant voice to great effect. Sadly the Philly soul legend took her own life in 1995.

1. Terence Trent D’Arby: ‘As Yet Untitled’ (1987)
Ambitious accappella piece from Terence’s classic debut album, with a vocal nod to Sam Cooke but also featuring some stirring sounds purely of his own creation.

At the time of Sign O’ The Times’ release, the general critical consensus seemed to be that it was a great double album but, shorn of a few tracks, would have made a sensational single album.

But what the press probably didn’t know was that Prince had actually intended to release a triple album!

He believed the three-record set Crystal Ball would have been be a huge artistic statement after a relatively disappointing 1986, but the idea scared the hell out of Warner Bros and also his manager Bob Cavallo. Prince was reluctantly forced to back down.

The tracks intended for Crystal Ball but later abandoned for Sign O’ The Times were ‘Rebirth Of The Flesh’, ‘Rockhard In A Funky Place’, ‘The Ball’, ‘Joy In Repetition’, ‘Shockadelica’, and ‘Good Love’ (all hoovered up from two other aborted album projects, Dream Factory and Camille).

But even after Prince removed these, he was still left with a 16-track double album, a brilliant mix of the sacred and profane, and a record which many fans believe was his finest hour.

The famous title track was recorded on 15th July 1986 in a single ten-hour session at LA’s Sunset Sound. Prince was experimenting with a new piece of kit – the Fairlight sampler/synth – but characteristically made the technology swing in a way that no other artist could.

The track also demonstrates his love of space; it’s essentially just a minimalist blues featuring a three-note melody line, some sampled drums/bass and a bit of electric guitar. Listening again on the day after the Westminster Bridge ‘terrorist’ attack of 23rd March, the song’s lyric also seems as relevant now as it was in 1987:

Hurricane Annie ripped the ceiling of a church and killed everyone inside
You turn on the telly and every other story is tellin’ you somebody died
Sister killed her baby cos she couldn’t afford to feed it
And we’re sending people to the moon
In September my cousin tried reefer for the very first time
Now he’s doing horse, it’s June

It’s silly, no?
When a rocket ship explodes
And everybody still wants to fly
Some say a man ain’t happy
Until a man truly dies

‘Play In The Sunshine’ and ‘Housequake’ are pure party pop – it’s scarcely believable that Prince alone could generate such a raucous studio atmosphere with only Susannah Melvoin’s backing vocals, a few guests and Eric Leeds’ sax for company. The latter also represents his first recorded attempt at hip-hop (unless you count the brief ‘rap’ in ‘Girls & Boys’), typically supplying something usually missing from the genre: humour.

‘The Ballad Of Dorothy Parker’, recorded in Prince’s Minneapolis home studio on 15th March 1986, may be his most psychedelic recording, the soundtrack to a dream with seemingly-spontaneous musical moments that no one else could have created. He demonstrates his mastery with the LM-1 drum machine and, vocally, sets up a novel ‘Greek chorus’ effect.

‘Forever In My Life’ takes a melody line very similar to Sly And The Family Stone’s ‘Everyday People’ (and maintains Sly’s key of G) but again demonstrates Prince’s remarkable sense of space and also features another extraordinary backing vocal arrangement.

The heartfelt lyric was written when he believed he would settle down with fiancée Susannah Melvoin (twin sister of Wendy) – sadly it wasn’t to be.

‘It’, another bold experiment with the Fairlight, returns to the cold, sexualised world of 1999, while ‘Hot Thing’ is its flipside, a funky, James Brown-inspired one-chord romp with some great Leeds tenor sax.

‘If I Was Your Girlfriend’ (another song about Susannah/Wendy), ‘Strange Relationship’ (another big nod to Sly), ‘It’s Gonna Be A Beautiful Night’, ‘Starfish And Coffee’, ‘U Got The Look’ and ‘I Could Never Take The Place Of Your Man’ are just brilliantly performed, beautifully written pop tunes with dashes of psychedelia and soul.

According to engineer Susan Rogers, Prince was very influenced by Kate Bush’s Hounds Of Love during the recording of SOTT, the track ‘Cloudbusting’ a particular favourite. Other songs showed contemporary influences too – ‘Adore’ was apparently Prince’s response to the popularity of Luther Vandross’s Give Me The Reason and Patti Labelle’s The Winner In You, and it also hugely influenced the neo-soul movement, particularly D’Angelo’s ballad style.

‘U Got The Look’ – the last song recorded for Sign O’ The Times on 21st December 1986 – was apparently inspired by Robert Palmer’s ‘Addicted To Love’.

Sign O’ The Times sold 1.8 million copies in the US, a very similar number to Parade. Some believed the slightly disappointing sales were due to the choice of ‘If I Was Your Girlfriend’ as the second single; it is strange that ‘U Got The Look’ didn’t get the nod. But if Prince’s popularity was levelling out in the States, it was growing across Europe.