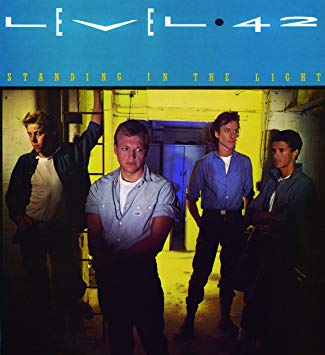 Every group needs a Boon Gould. The George Harrison of Level 42, he came up with consistently memorable guitar parts and the occasional exciting solo, whilst never overshadowing his more naturally exuberant bandmates.

His guitar playing probably peaked in the original band’s middle years, and he also wrote the words to many of their biggest hits including ‘Lessons In Love’, ‘It’s Over’, ‘To Be With You Again’ and ‘Heaven In My Hands’.

So Boon contributed much to one of the great bands of the ’80s. When I heard of his sad death this week, I first thought of his raunchy Jeff Beck-meets-Bill Connors solos on their jazz/funk opuses ‘Foundation And Empire’ and ‘Return Of The Handsome Rugged Man’, but then remembered how much his rhythm guitar parts added to the band’s key mid-’80s tracks such as ‘Micro Kid’, ‘Out Of Sight, Out Of Mind’ and ‘The Chinese Way’.

Guitar-wise, his peak was probably the 1984 Level 42 album True Colours, playing some fantastic stuff on ‘A Floating Life’, ‘True Believers’, ‘Hot Water’ and ‘Chant Has Begun’. The former features his heaviest riffs in a Level shirt. He also contributed lyrics to Mark King’s solo album Influences around this time.

Boon was the most reluctant live performer in the band, often afflicted with stage fright and frequently laid low by the bad food and bad sleep that are part and parcel of regular touring. He jumped ship in 1987, his drummer brother Phil following soon after, and also who knows what kinds of pressures were involved with their elder sibling John managing the band too.

After officially leaving Level 42, Boon kept in touch and provided lyrics for 1988’s Staring At The Sun. He recorded a solo album, 1995’s Tin Man, which showed off his decent singing voice, and also came out of live retirement to guest with the reformed band during a Bristol gig in 2012.

By all accounts, Boon was a great guy, a gentle, self-effacing soul who just happened to be an excellent guitarist and intelligent lyricist.

RIP to one of 1980s pop’s unsung heroes. There’s part of my childhood gone.