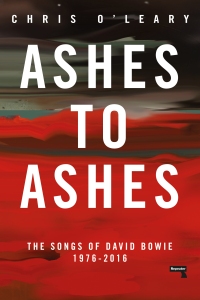 But O’Leary is more qualified than most, having run the popular Pushing Ahead Of The Dame website for over 10 years now. And, by and large, ‘Ashes To Ashes’ pulls it off, offering a far more personal, florid take on Bowie’s songs than the aformentioned books.

He makes the decision to discuss the songs not in alphabetical order but, roughly, in the order in which they were ‘conceived’ and/or recorded. While this doesn’t allow for easy reference, an alphabetical title index is included at the back of the book.

Fascinating items also emerge around Bowie’s late-’80s/early ’90s work, from Never Let Me Down through ‘Pretty Pink Rose’ to The Buddha Of Suburbia, with more detail than usual about the formation of Tin Machine. And it would be hard to find a better study of Bowie’s final two albums, even if they are this writer’s least favourite works of the era.

There are predictable put-downs of Tonight (but an excellent analysis of ‘Loving The Alien’, complete with reading list!), Black Tie White Noise and Tin Machine II (which actually would have been a late-era Bowie classic if it had jettisoned Hunt Sales’ songwriting contributions), and some sometimes weirdly-personal slights.

There are also oft-repeated errors about the Let’s Dance era, like the listing of Tony Thompson’s drum appearances (he didn’t play on ‘Ricochet’ or ‘Shake It’), but O’Leary makes up for it with a fascinating section on the fact that Bowie was actually more of an actor than a singer when he made that album.

Musical appreciation doesn’t seem the author’s strong point – for example, ‘Always Crashing In The Same Car’ is described as ‘being ‘mostly in E minor, the harmonic murkiness finally resolved with a closing Em chord’. This ignores the fact that the verse’s home key is clearly G major. And he denegrates Hakim’s ‘gated tom fills’ in ‘I Keep Forgettin’,  but they’re actually the dreaded Simmons electric drums. But elsewhere there are interesting, original observations, like the comparisons between ‘Modern Love’ and ‘Lust For Life’.

The question is, will one reach for ‘Ashes To Ashes’ for quick reference ahead of the Pegg and Buckley works? Only time will tell (or crawl). 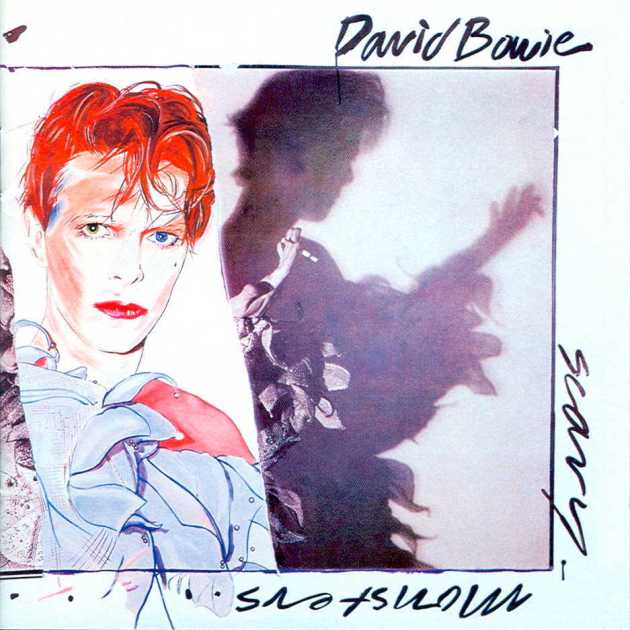 ‘Albums of the ’80s’ lists are all the rage these days. Scary Monsters (And Super Creeps) would easily be in my top five. It might even be in my top one. It’s a timeless, masterful work which, for me, can only ever be consumed in its totality. It’s also the collection that all subsequent Bowie albums have been measured against. I would put it over and above Low, Ziggy Stardust and Hunky Dory for its sheer consistency. 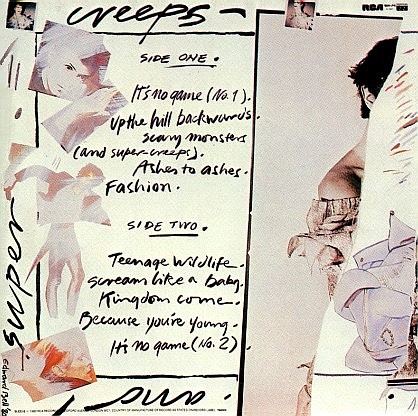 Here’s my case for the defence, track by track:

I’ve previously written about this being one of the great ’80s album intros. Vocally, Bowie channels John Lydon and Peter Hammill to deliver a New York/New Wave anti-fascist tirade that ranks among his great performances. Producer Tony Visconti ‘f***s with the fabric of time’ to create a cavernous, Eventide-drenched mix and guitarist Robert Fripp delivers one of his most unhinged statements. Avant-rock heaven. Adapted from Bowie’s early demo ‘Tired Of My Life‘.

2. Up The Hill Backwards

A brilliant treatise on press intrusion and the wretchedness of celeb culture inspired by Bowie’s ‘dealings’ with the press during his failing marriage, with an ingenious central image of paparazza snapping away at their prey as they shuffle ‘up the hill backwards’. Endlessly catchy with a beautifully-realised unison vocal – the only track in the Bowie canon which doesn’t feature his solo singing.

Bowie revisits his finest Mockney accent to deliver a bleak, blanked-out, darkly funny tale of semi-stalking. There’s more Phil Spector-style brilliance from Visconti and another Fripp masterclass in balls-out guitar playing. The only minor criticism is that it possibly goes on for about a minute too long.

An instant classic with a very Bowie mix of child-like innocence and creeping malevolence as the hopelessly drug-addicted, world-weary Major Tom drifts off into the ether. Effortlessly superb songcraft with three or four memorable sections, boundary-pushing lyrics (‘Visions of Jap girls in synthesis’!) and a myriad of majestic hooks.

The lameness of the style wars is in Bowie’s sights this time as he almost mumbles the ironic verse lyrics over a tough New York disco/funk/rock groove. And there’s more barking mad Fripp soloing. Danceable, amusing, timeless. Originally titled ‘Jamaica’ in demo form.

Initially coming across as slightly lumpy and leaden, the track builds and builds in intensity to deliver a powerful message to Bowie’s ‘mythical younger brother’ about keeping a sense of perspective as one gets older. His patented ‘histrionic’ vocal style is superbly realised and drummer Dennis Davis holds it all together with aplomb. Originally titled ‘It Happens Every Day’ in demo form.

Spooky dystopian fable about a future society’s outlawing of homosexuality and other ‘deviant’ behaviour. Bowie’s ingenious stuttering provoked many a schoolyard titter and the weird vocal doppler effects are perfectly realised. Revamped from the Bowie-written/produced ‘I Am A Laser‘ originally recorded by Ava Cherry/The Astronettes. 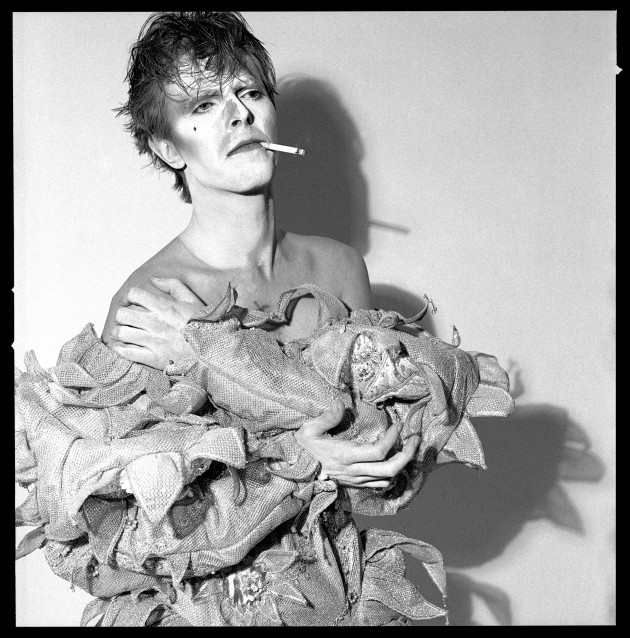 A superb cover of a track from Tom Verlaine’s debut album, Phil Spector is the obvious influence again with Davis’s booming, overdubbed tom fills and some anthemic, reverb-drenched backing vocals. Majestic, powerful, intriguing. Verlaine was apparently supposed to play guest guitar throughout the album but bowed out at the eleventh hour.

An ‘advice’ song to his son, Bowie offers the lessons he has learnt and looks back with great poignancy and not a little sarcasm on his carefree, youthful days. Peter Townshend strums along (apparently he arrived at the studio drunk and ready to party, but was stunned to find Visconti and Bowie sitting quietly at the recording desk like ‘two sober, little old men’!) and Bowie delivers a superb, kaleidoscopic lead/backing vocal combo.

Carlos Alomar’s masterly rhythm guitar anchors this reprise, with Bowie doing his best Iggy croon and offering up images of world poverty, media saturation and dunderheaded political/cultural strategies. We hear the multitrack tape spool off its reels at the very end to close one of the great albums of the ’80s or any other decade.

A big nod to Nicholas Pegg.