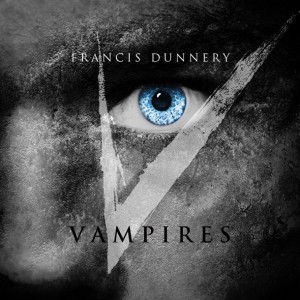 In some ways, it may not be much of a surprise to hear that ex-It Bites vocalist, guitarist and songwriter Francis Dunnery has returned to the music of his old band, one of the great British units of the ‘80s.

He met up with the other three members – keyboardist John Beck, bassist Dick Nolan and drummer Bob Dalton – during a London Union Chapel gig in 2003, and for a while a full-scale reunion looked to be on the cards. But it wasn’t to be.

Then Dunnery recorded various ‘reversions’ of It Bites songs on his 2011 album There’s A Whole New World Out There, and he has frequently performed the old material in concert (check out this amazing version of Once Around The World’s title track from a few years ago). So he’s never exactly been averse to revisiting former glories.

But Vampires is different. It goes the whole hog: he’s re-recorded not just one album but 100 minutes of It Bites classics, singing all the vocal parts himself (with much-improved body and range, though his vocals weren’t exactly shabby in the old days) and enlisting various musicians including ex-Go West drummer Tony Beard to navigate the musical twists and turns.

Two years in the making, the album is also a blast from the past in terms of its audio qualities – it was recorded without EQ or compression, only a small amount of the latter being added at mastering stage.

Francis discusses the new album and the It Bites days in this excellent interview for The Mouth magazine.

He reveals – for the first time, as far as I’m aware – the full story of how the band got signed to Virgin, Dunnery’s period squatting in South London, his relationship with John Beck, his favourite It Bites songs, the band’s split and loads more. It’s a must-listen for any fans.

You can also hear many excerpts from Vampires and make your own mind up about whether his new versions improve on the originals.

And, in other Dunnery-related news, who knew that we would be able to add ‘radio presenter’ to his list of abilities?

Yes, his new Progzilla show is by turns hilarious, controversial, infantile, informative, philosophical and troubling. He’s a natural, but the show’s not for everyone…

Mike's Take On the Movies