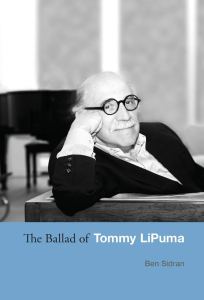 What exactly does a record producer do? Of course the role covers a multitude of aspects but generally falls into two categories – the techie or the psychoanalyst.

Tommy LiPuma was definitely in the latter camp, a five-time Grammy winner, label boss (courtesy of his cult imprint Blue Thumb) and bona fide music fan who worked in the upper echelons of the biz for nearly 60 years (he died in 2017).

Ben Sidran’s hugely enjoyable ‘The Ballad Of Tommy LiPuma’ is the first biography of the producer, and it’s hard to think of anyone better qualified to tell his story.

Sidran’s a veteran singer/songwriter and pianist who has recorded over 30 solo albums (including a few for Blue Thumb) and written some key music tomes too, including the superb ‘Talking Jazz’, and he interviewed LiPuma extensively for the book.

The fast-moving, entertaining early sections come over a bit like ‘The Godfather Part II’ rewritten by Lord Buckley. LiPuma’s rite of passage takes him through Mob-riddled Sicily, to grim, industrial Cleveland where shoe-shining and hairdressing seem like his destiny.

But a long period recuperating from injury delivers to him the power of jazz, specifically Charlie Parker and Dizzy Gillespie’s miraculous bebop excursions.

LiPuma thus finds his true calling, and a brief career as a jobbing sax player leads to a short period as promotions man par excellence.

But he quickly realises that production is his true metier, and embarks on a glittering career that takes him from MOR vocal acts (The Sandpipers, Claudine Longet) to classy jazz-related roots and pop projects.

Cue a succession of amusing, fast-moving anecdotes: a fabulous section on the making of George Benson’s Breezin’, an amusing trawl through Rio with a blasted Jobim, a voyage to Planet Miles via the Tutu album, a surreal encounter with Willie Nelson, interesting sections on breaking Michael Franks and Diana Krall and finally all the recent machinations of the Universal Music Group.

‘The Ballad Of Tommy LiPuma’ is warm, witty and resolutely un-PC, initially a portrait of the music biz’s bygone Wild West era featuring an engaging roll call of shysters, hucksters and hipsters, but also encapsulating the whole history of modern recording techniques and philosophies.

It’s a great companion piece to Seymour Stein’s autobiography. There’s a lot about the business, but it’s always shot through with humour and an emphasis that, finally, music is about people.

It’s also a valuable historical document too as it’s hard to believe there’ll be any space for these kinds of hands-on, ‘daddy’ producers in the future.

Thankfully Sidran doesn’t scrimp on the musical detail – there’s a lot of sage advice for aspiring producers and arrangers alike.

Perhaps the key takeaway from the book is music’s healing power. As LiPuma writes to a friend, ‘I might have been on my own at times but I was never alone. When you’re blessed with the love of music, you are never alone.’

‘The Ballad Of Tommy LiPuma’ is published by Nardis Books.