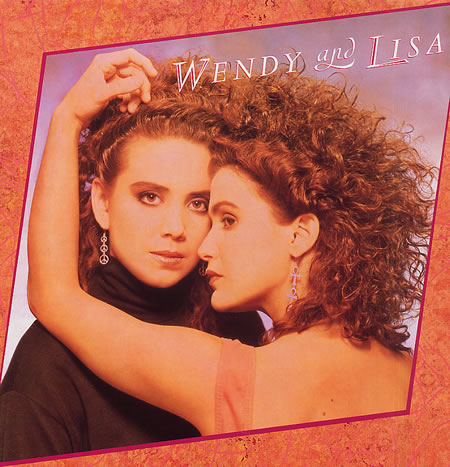 Los Angeles, October 1986, just after the Japanese leg of the ‘Parade’ tour: Prince has invited his bandmates Wendy Melvoin and Lisa Coleman to dinner (Lisa will later report in her excellent liner notes for the Wendy & Lisa 2013 reissue that she ‘knew something was up’ as soon as they arrived).

To cut a long story short, he gives them the boot – in the nicest possible way. The Revolution is no more. Lisa: ‘We were like Fleetwood Mac and Sly & The Family Stone rolled into one… I thought we were going to make records together for the rest of our lives.’ But Prince wants to take back his freedom and sex up his act again. Struggling for the right words, apparently he says to Wendy and Lisa: ‘I can’t ask you to wear crotchless panties or nippleless bras…’

After a period of introspection, the ladies get together with other sacked Revolution member Bobby Z and write a few songs. At this stage, they have no intention of releasing the new material as ‘Wendy & Lisa’. But once they agree to front the band, a record company bidding war ensues. Huge advances are mentioned. They settle on a ‘big but sensible deal’ with Virgin. Predictably, the suits are less than turned on by the more musicianly moments on the album, but the ladies are unapologetic, saying that they ‘wanted to show off all the colours in our crayon box’.

So much for the history. How does Wendy & Lisa stack up these days? Pretty well. The singles ‘Sideshow’ and ‘Waterfall’ are probably the weakest tracks, though the latter has a cracking chorus and was apparently deemed a surefire hit by the record company and musician friends. But it didn’t do the business, not helped by its rather humdrum video. As Lisa says in the liner notes: ‘I had paid my showbiz dues with The Revolution.’

But the album works brilliantly when it sticks to the ‘cool chord changes over good beats’ remit, when they genuinely do sound like a mashup of ’80s Joni Mitchell and Prince. ‘Honeymoon Express’ exemplifies this approach, nicking Sly Dunbar’s ‘My Jamaican Guy’ beat and adding a sumptuous melody. The vocal harmony in the chorus is just sublime. ‘Light’, ‘Everything But You’ and ‘Chance To Grow’ also succeed in a similar vein. Wendy’s multi-instrumental skills (vocals, guitar, bass, sometimes drums) and Lisa’s impressionistic synth parts mesh perfectly.

‘Song About’ sounds eerily like The Carpenters. Ballads ‘The Life’ and ‘Stay’ have become fan favourites, the former also turning up in an improved Trevor Horn-produced reworking on the soundtrack of Michelle Pfeiffer movie ‘Dangerous Minds’. The instrumental ‘White’, featuring Tom Scott on soprano and a killer bit of drum machine programming by Wendy, is possibly the standout. Test your speakers out with this one, kids.

Wendy & Lisa – perhaps surprisingly – was not a hit. Lacking a breakout single, it didn’t dent the US top 100 and only scraped to #84 in the UK. Better Wendy & Lisa albums would follow, but this is an ambitious, arresting debut. All the colours in the crayon box indeed.