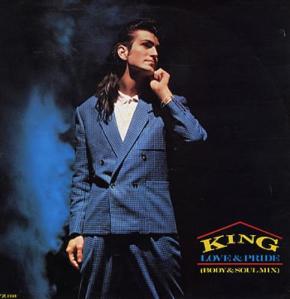 There was certainly a lot of cheap, potent music around in the 1980s.

But as the nostalgia industry has grown, so has the dossier of seemingly ‘untouchable’ ’80s pop songs, tracks that are staples of daytime radio but, to many ears, lack distinctive grooves, beguiling melodies or interesting hooks.

If you were being cruel, you might say it’s music for people who don’t really like music. And, weirdly, it mostly comes from established, experienced campaigners who have a lot of other strings to their bow. But we only ever seem to hear one or two of their songs.

Here are those overplayed tracks that always have me reaching for the ‘off’ switch but have retained a weird grip on radio programmers for over 30 years. We consign them to Room 101, here and now, never to be heard again…

Dire Straits: ‘Walk Of Life’/’Money For Nothing’

Whitney Houston: ‘I Wanna Dance With Somebody’

The Beautiful South: ‘Song For Whoever’

Spandau Ballet: ‘Through The Barricades’

Anything by The Proclaimers

Chris Rea: ‘The Road To Hell’

Sade: ‘Your Love Is King’/’Smooth Operator’

Mike And The Mechanics: ‘The Living Years’

Anything by Fleetwood Mac

Mental As Anything: ‘Live It Up’

Anything by Tom Petty

Simply Red: ‘Holding Back The Years’

Anything by Duran Duran except ‘Notorious’ or ‘Skin Trade’

Anything by Bon Jovi

Anything by Pet Shop Boys except ‘Suburbia’

We’ve looked at some of the good covers of the 1980s before – but how about the stinkers?

Reader: I’m pleased to report that finding them was not an easy task. A quick Google survey of ‘worst covers of all time’ will not reveal many from the ’80s (no, Rockwell’s version of ‘Taxman’ really isn’t that bad…).

But the variety of crap covers is worth noting. In the 1980s, anyone was liable to produce a shocker, from the ageing chart regular to the littlest indie.

Some took them to the toppermost of the poppermost – indeed most of the below were big hits. But of course familiarity breeds contempt…

Most of these efforts, though, smack of both desperation and a dearth of material. The net result is usually a kind of audio shrug. And hey, there’s also that other reliable, recurring theme – the overproduction of post-1985 offerings…

So let the countdown of dodgy ’80s cover versions commence, with this curio:

17. Tin Machine: ‘Working Class Hero’ (1989)
Pointless cover which is one of several fillers on the ‘difficult’ second side of Bowie’s rather good band debut.

16. The Power Station: ‘Harvest For The World’ (1985)
Interesting to hear Robert Palmer challenge himself range-wise but his hysterical vocal and the band’s rather limp arrangement remove all of the majesty of the Isley Brothers’ original.

14. Aztec Camera: ‘Jump’ (1984)
Why oh why, Roddy? Some grotty Linn drum programming and an insipid vocal on a pointless Van Halen cover which takes away all the fun of the original. Maybe that’s the point.

13. The Communards: ‘Don’t Leave Me This Way’ (1986)
I’m reluctant to diss the brilliant Jimmy Somerville but this cover of a Philly classic just drove one to distraction, not helped by the desperately upbeat video.

11. The Housemartins: ‘Caravan Of Love’ (1986)
The concept is a good one – Isley Jasper Isley’s brilliant original was an electro/gospel mashup crying out for an a cappella – but Paul Heaton’s lead vocals and a very unadventurous arrangement scupper this UK #1 from the start.

10. The Flying Pickets: ‘Only You’ (1983)
Yes, it’s the other a cappella song to hit UK #1, but where to start? How about: out-of-tune vocal stacks (and a very unsubtle use of Fairlight vocals) and a chronically unhip bunch of guys? Oh, and it also came out too soon after the Yazoo original.

9. Pet Shop Boys: ‘Always On My Mind’ (1988)
Effective but gross cover, and of course another UK #1 single. Like gorging on cream cake, there’s a brief rush but then a lingering nausea. It’s also arguably the point where the Boys became an ’80s brand rather than a unique songwriting force.

7. Bomb The Bass: ‘Say A Little Prayer’ (1988)
An on-the-nose, in-your-face curio which never convinces. The vocals just set my teeth on edge right from the off. But it still got to #10 in the UK.

3. Gary Numan/Leo Sayer: ‘On Broadway’ (1984)
This is so bad it’s almost good. But only almost. You can’t help but feel sorry for these two gents whose careers had gone properly arse-over-teacup by this point. Numan fans in particular must have been hiding behind the sofa.

2. Band Aid II: ‘Do They Know It’s Christmas’ (1989)
Stock Aitken & Waterman were tasked with updating this one, coming up with a pointlessly-reformatted, boil-in-the-bag cover without any of the original’s musical grace notes, though singer Matt Goss gives a good account of himself.

1. Thompson Twins: ‘Revolution’ (1985)
The Twins go rawk, with disastrous results. It was also the point where they started to believe the hype – always a bad move. Tom Bailey’s lead vocal is a travesty and it’s also a bum note in Nile Rodgers’ production career.

It has to be said, it was a bit easier coming up with good ’80s lyrics than it was to come up with crap ones.

I could probably have chosen three or four crackers from many of the artists featured below, but space permits only one.

Maybe it’s not surprising that it was a great decade for lyricists when it was surely one of the most ‘literary’ musical decades to date – it would have to be with people like Bob Dylan, Morrissey, Paddy McAloon, Andy Partridge, Green Gartside, Tracey Thorn, Lloyd Cole, Joni Mitchell, Peter Gabriel and Springsteen around.

So here’s just a sprinkling of my favourites from the ’80s. Let me know yours.

‘I love you/You pay my rent‘

EVERYTHING BUT THE GIRL: ‘Each And Every One’

ELVIS COSTELLO: ‘I Want You’

‘Hey Mikey/Whatever happened to the f***in’ “Duke Of Earl”?’

‘If you had that house, car, bottle, jar/Your lovers would look like movie stars’

‘Burn down the disco/Hang the blessed DJ’

‘Out on the road today/I saw a Deadhead sticker on a Cadillac/A little voice inside my head said/
Don’t look back, you can never look back…’

XTC: ‘Love On A Farmboy’s Wages’

DAVID BOWIE: ‘When The Wind Blows’

‘I could have been someone/Well so could anyone’

To many of its fans, A Secret Wish represents the peak of ’80s pop.

The glamorous though mysterious project was a flawed masterpiece but also the beginning of the end for big-budget, endlessly-fussed-over ‘concept’ albums.

I was 12 when it came out. Though I liked ‘Duel’ at the time, it took me another ten years or so to finally get hold of the album. If anything, it has only gained in mystique in the years since, quite possibly because it’s such a singular project.

It doesn’t really sound much like much else around in mid-’85 (though Pet Shop Boys and a-Ha were definitely listening), nor is it particularly similar to other ZTT releases or Propaganda’s subsequent albums.

A large part of the mystique is provided by Stephen Lipson’s pristine, widescreen production (Trevor Horn only produced ‘Dr Mabuse’), as well as his formidable mixing and guitar work (check out the extended mix of ‘Duel’). Claudia Brucken’s lead vocals are original and Suzanne Freytag’s spoken-word interludes carry unmistakable echoes of Nico (emphasised by their seriously weird ‘Femme Fatale‘ cover from the album sessions).

Yes guitarist Steve Howe contributes a nifty solo to ‘The Murder Of Love’ and David Sylvian has a hand in writing the gripping ‘p:Machinery’. But man of the match is ZTT house keyboardist Peter-John Vettese, purveyor of doomy soundscapes and intriguing chord voicings. Josef K’s post-punk classic ‘Sorry For Laughing’ is reinvented as a Wagnerian synth-pop anthem and there aren’t many more epic album openers in pop than the majestic ‘Dream Within A Dream’.

‘When Trevor pulled out of producing them, I actually asked David Sylvian. While he was thinking about it, he came up with the ghostly top line of ‘P:Machinery’ – the music, if you like – and a gorgeous watery slowed down version of ‘Duel’, but he decided against producing them, and it stayed within the Sarm (London recording studio owned by ZTT label owners Trevor Horn and Jill Sinclair) pop factory. Actually, another sign of the split between sensibilities at the label: I asked David Sylvian to produce Propaganda and Jill approached Stock Aitken and Waterman!’

A Secret Wish wasn’t a huge hit and surely didn’t make back its sizeable recording costs, reaching just 16 in the UK album chart, but the singles ‘Duel’ and ‘p:Machinery’ both made the top 30.

The band picked up the first-class rhythm section of ex-Simple Minds pair Derek Forbes on bass and Brian McGee on drums (as well as Bowie/Dolby guitarist Kevin Armstrong) and toured the album extensively. I very clearly remember this performance on the BBC music show ‘Whistle Test’ in late 1985. Happy days: